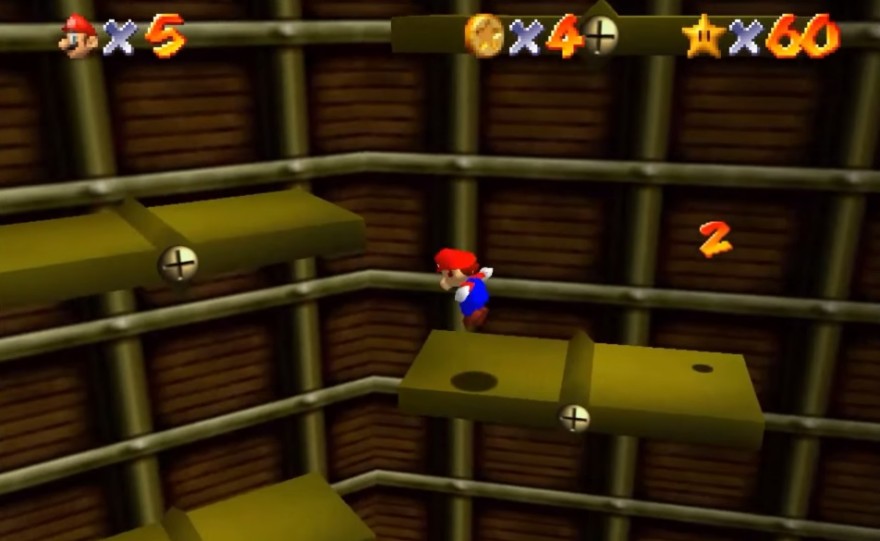 The world of speedrunning is a mad, mad, mad one. It’s playing a videogame obsessively to the point that you know it inside-out. A speedrunner will put hundreds of hours into a videogame, if not thousands, all in order to learn the shortest routes, and also to discover any way of breaking it to their advantage.

This is why a Mario 64 speedrunner going by the handle “Pannenkoek2012” has put a $1000 bounty on a newly discovered glitch. He will give that money to whoever can successfully replicate this glitch. Because that’s the problem with glitches: by their very nature, they are serendipitous and unpredictable. A speedrunner tries to throw a noose around a glitch, tame it, learn from it in order to create shortcuts out of error. But it’s not that easy. This particular glitch exists, has always existed inside the game, but only after 19 years of Mario 64 being played by millions has it been spotted by a speedrunner. It’s very shy.

usually the upwarp happens when Mario is jumping upwards

The story goes that Twitch user “DOTA_TeaBag” was playing Mario 64 on livestream, collecting coins on the wooden platforms in the Tick Tock Clock stage, when he suddenly encountered the glitch. As Mario falls from a jump, about to land on one of the platforms, he is instantly zapped skywards and lands upon the cage platform much higher up. This glitch is being dubbed the “TTC Upwarp.”

As Pannenkoek2012 explains in his video, warping vertically to different platforms like this in Mario 64 isn’t uncommon. However, the upwarp is currently only understood to happen when a ceiling that Mario can hang from is above him. What’s remarkable about the upwarp on the Tick Tock Clock stage is that this type of ceiling isn’t present. Plus, making it more bizarre, usually the upwarp happens when Mario is jumping upwards, but in the recorded footage from DOTA_TeaBag the glitch occurs while he is landing.

Pannenkoek2012 has tried to reproduce the glitch by himself but has been unable to, and so his solution is to crowdfund it, hence the $1000 bounty. But it’s not enough for you to work out the glitch to claim that money, as the idea is to use software to record it being performed as a .m64 and .st file so that it can be replayed inside the game’s code. Only then can the code can be analyzed to figure out what the requirements are for this glitch to occur.

With that knowledge, speedrunners should be able to practice and eventually repeat this glitch when trying to get through the game faster. Not only that, but they may also be able to see if this glitch can be used anywhere else in the game to skip parts, saving those precious seconds.