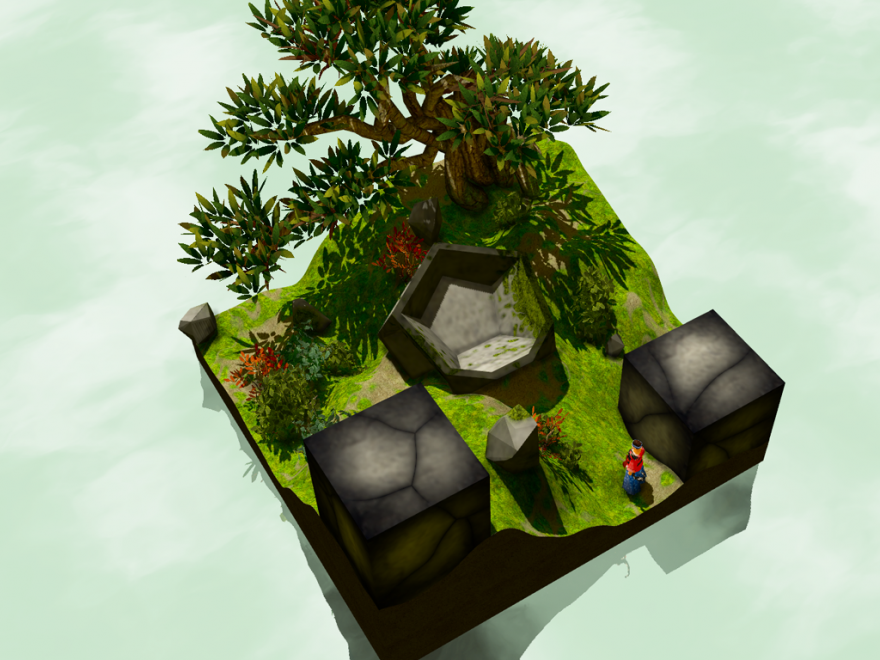 Miegakure is one of those magical games that seems to come out from the ether and pierce the veil of our mundane existences. That’s not an exaggeration: Miegakure looks that good. It’s even less of an exaggeration when you consider that one of the main appeals to the game is that you can actually pierce the veil of your mundane existence by taking a short stroll into the 4th dimension.

Bosch does a fantastic job of downplaying how incredibly awesome “taking a few steps along the fourth dimension” actually is. What he’s talking about is walking not through any physical space we can actually perceive with our silly three dimension seeing eyes but a extra space that moves us not “where” but “when.” This is the reason that the desert world is parallel to the verdant one: even though they are the same where, but not the same when, they can both exist simultaneously. While Bosch might not be blazing any trails in terms of explosions per second or how 1080p his dubsteps are, he is certainly blazing a fiery trail into head-spinning, time-bending, wibbly wobbly, fourth dimensionality. He’s been hard at work on the game for four years, which, I suppose, only feels like a long time.