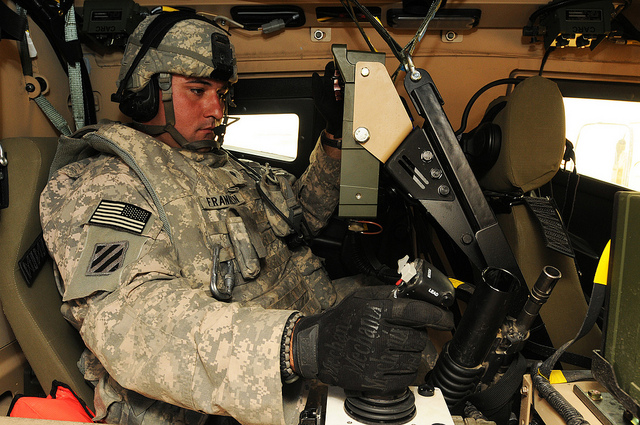 Recent news from the American military has been all about modernization lately. The US will soon allow women in combat roles (roles they’re already playing in the current conflicts, thanks to the reality that the front lines are everywhere), LGBT soldiers can serve openly, and their families can receive the appropriate benefits.

The latest news may be quite welcome for a generation of service personnel weaned on video games – a new medal is being introduced to honor the very game-y aspects of modern warfare – drone piloting and hacking chief among them.

The Distinguished Warfare Medal, announced by outgoing Defense Secretary Leon Panetta on Wednesday, would recognize drone operators and those engaged in cyberattacks who haven’t put themselves in harm’s way. “This award recognizes the reality of the kind of technological warfare that we’re engaged in in the 21st century,” Panetta said in a news conference.

While hacking has been a fine tradition for the gamer/ geek crowd for pretty much since computers have been available to the general public, it’s the ability to win the medal for drone piloting that strikes me as particularly game-y. Military personnel who fly the drones could be anywhere – and they literally control the devices with a joystick while staring at a monitor.

[NPR’s Tom]Bowman spoke with Lamont Anderson in 2007, when the Air Force captain was training to operate a Predator drone. Anderson would leave his apartment in his flight suit and drive to Creech Air Force Base in Nevada, where he worked inside a bunker in front of a computer screen with a joystick. “I’m so far removed,” Anderson said. “Here we are at a remote location, far away from the battlefield. I can’t really see — I can’t physically put my eyes on it. I have a camera.”

Regardless of any personal feelings on drone warfare, there is a striking connection here. So many military shooters fetishize aspects of the military lifestyle, to say nothing of its DNA in the action hero trope – big badass dudes killing all the bad guys in the name of sweet, sweet liberty.  Surely some young would-be soldiers are attracted to this.

And here, the real-life military is formally recognizing and honoring skills that this generation’s young fighting men and women learned, in all likelihood, at least partially from games.

It’s enough to make me want to go watch Wargames over and over again.