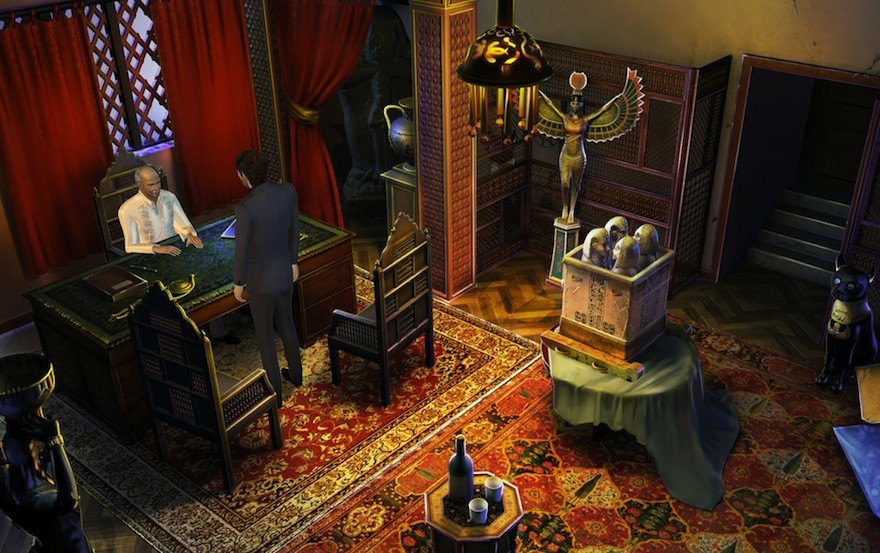 Moebius: Empire Rising is the upcoming game by Jane Jensen, who is pretty much the Agatha Christie of adventure games, and not just because she’s written some of the Agatha Christie adventure games. She’s known for games about romance and thrillers and murder mysteries, just like Christie, such as the Gabriel Knight series—games from the ’90s that feature the titular “most charming womanizer you ever met.” I mean, with a name like Gabriel Knight, how could he not be.

Since Jensen’s days at Sierra, she’s pretty much exclusively used the genre as an outlet for evolving the murder mystery novel, which, let’s face it, could use an evolution. Her work draws out the point that murder mystery novels and shows were, deep down, always games at heart. You were reading and watching to figure out whodunit.

As for Jensen’s new game, the story has a Da Vinci Code vibe, revolving around an antiquities dealer ensnared in a government cover-up. It will be coming to PC and Mac and then move onward and upward to other platforms. It looks like it’s coming together nicely, and the timing is right, as Agatha Christie is having a bit of a renaissance.