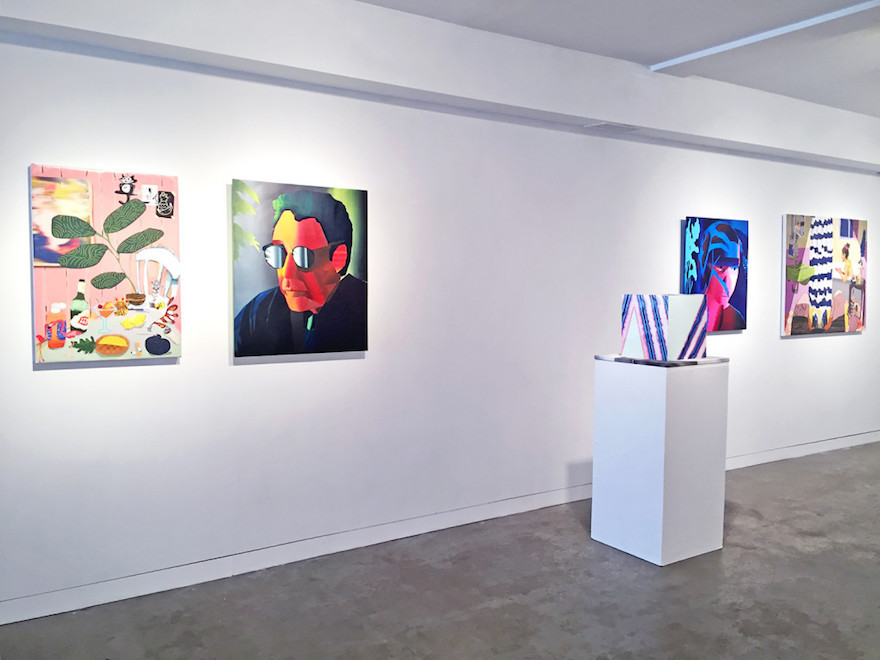 We live in a time of artistic plenty. At any moment, anyone with an internet connection can simply type a few words into their browser and have immediate and free access to history’s most famous paintings, music, and theater. Even lesser-known works are often available to view as photographs on the personal websites of the artists who made them. This is easy to take for granted, but it is important to remember that seeing a work of art used to require either purchasing it for oneself, visiting it in person, or at the very least buying an art book. With its new group show Emulator, New York’s The Gallery 151 is seeking to question the effect this has on how we experience art, while at the same time defending the value of art made in the digital space.

“With the unlimited access to the virtual, the exclusive and intimate pleasure of experiencing art has been cheapened by the boundaries of our digital screens,” explains curator Anna Gritsevich to The Creator’s Project. “However, the notion that this lowers the value of creative works, is increasingly a hackneyed idea. I wanted to showcase ‘paintings’ that appear as though they are being viewed on a screen—without a device present.”

Gritsevich has accomplished this by selecting works with “bold color schemes,” hoping to “shock and produce physical sensations similar to the aftereffects of looking at a bright, shimmering screen.” Additionally, the artists featured in the exhibit, who include Canyon Castator, Anne Vieux, and Jonathan Chapline, all make use of techniques meant to emulate digital styles. Castator, for instance, uses an iPad to create his works, later printing them onto a canvas. Vieux, meanwhile, uses scans of reflective papers to mimic photoshop effects. Finally, Chapline’s paintings are made with oils, to recreate shapes and colors that look almost digital in nature.

“None of the representations are necessarily those of imagination,” explains Gritsevich. “However, they are reimagined, much like when one is trying to search for a distant memory but only hazily remembers specifics.” Emulator comes in the wake of Zach Gage’s Glaciers, which similarly tries to blend the digital and the physical. In bringing digital styles into the physical space, both projects highlight that, regardless of the medium of expression, art is still art.

Emulator will be on view at Gallery 151 from April 15th to June 5th. You can learn more over on the gallery’s website.