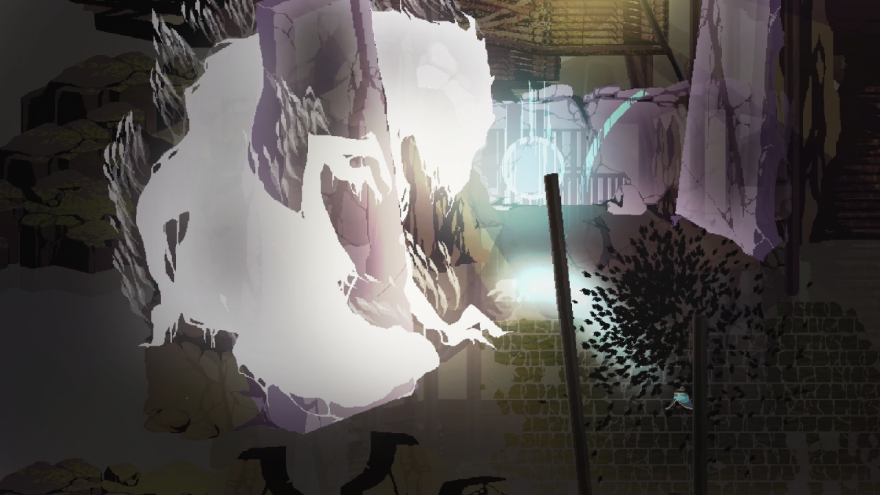 The term “roguelike” was originally derived from the game Rogue (1980), a dungeon crawler that popularized procedurally generated levels and permadeath. Rogue spawned an entire genre of likeminded games. In the 2000s, game makers lifted inspiration from old roguelikes to craft wholly new generated experiences. If Derek Yu’s cult classic Spelunky (2008) was one of the first roguelike-like games to fiddle with the rules of procedurally generated levels and the notion of permadeath, then perhaps ChillCrow’s impending Kologeon is a fitting step forward, a roguelike-like-like.

Resurrection retains a sense of progression within the game’s world

On the campaign page for the recently launched Kickstarter, the developers of Kologeon insist that the game is not a roguelike, but something entirely different (yeah, right). In the in-development action-adventure game, the player is an “immortal soul” where death is still a setback, but only a minor one. Rather than starting from the top of a new level and losing all progress upon defeat, death in Kologeon is necessitated as resurrection within a new dimension. Upon respawn the player is still setback, but retains a sense of progression within the game’s world, wherein other roguelike-likes that might be absent.

Stylistically, the game resembles other beautifully pixelated action adventures, like Hyper Light Drifter, the recently released action-RPG from Heart Machine. But where Hyper Light Drifter coasted on its colorful yet often desolate environments, Kologeon’s aesthetic is far more grim. Demons and spirits haunt all the dark environments the player battles across, the color scheme notably brown, black, with hints of blue shimmering through.

“We always wanted to create something dark, abstruse, fast paced and mysterious where your path is unknown as you journey into a creation formed by dreams and nightmares,” writes the team at ChillCrow in their Kickstarter pitch. “Where the whole game is like a one big journey with no hubs to return to.” In Kologeon, everything is permanent. Progress and action are a mainstay, and don’t regenerate, as the levels do. Progress can’t be lost because as an immortal soul, the player’s just continuing their journey, just on a different path from the one before it.

You have until July 8th to back Kologeon on Kickstarter to make all your roguelike-like-like dreams a reality. It plans to be released for PC, Mac, and Linux in November 2017.