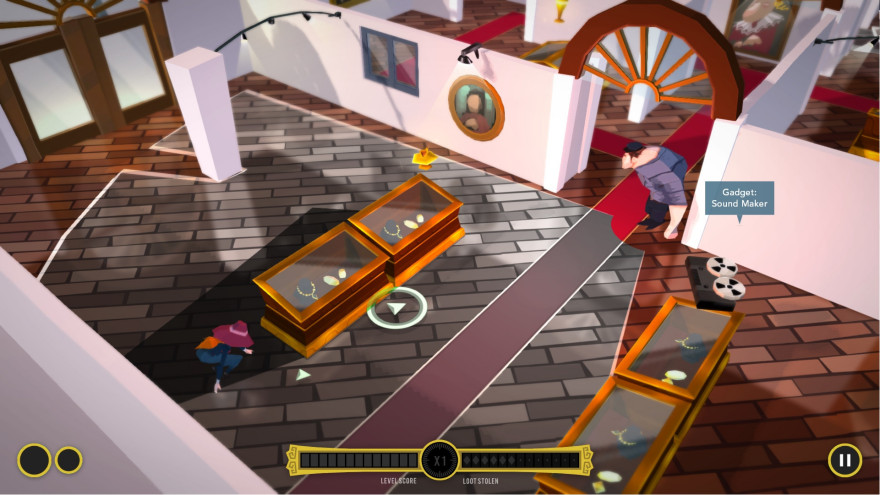 Guards in stealth games are idiots. We already know this. You can fire a couple bullets into the drones of Shadow Moses Island and they’ll respond with annoyance. You can unleash hell across the Hong Kong of Deus Ex and saunter into the police station a few minutes later. This is, of course, by design—stealth games require a certain amount of predictability—but masking and tweaking this idiocy is part of the fun of the stealth genre. Few games hit the right kind of dumb.

The guards in Marvellous Miss Take (sic) still seem dumb, in other words, but there’s a new layer on top of it, at least according to the video that the Lionhead ex-pats at Wonderstruck released last weekend. And that layer is a marvelously fluid graphical interface. The cones of vision remain quite literal but respond dynamically to cut-aways, doorways, waist-high pedestals, and so on. We view the action from the top-down, but it has a Frozen Synapse-like sense of architectural variance, and when several guards are looping about, their cones have a sloshing, fluid-like rhythm. Inasmuch as any stealth game is about feeling mastery within a very specific system, this looks like a good one, full of bobs and weaves.