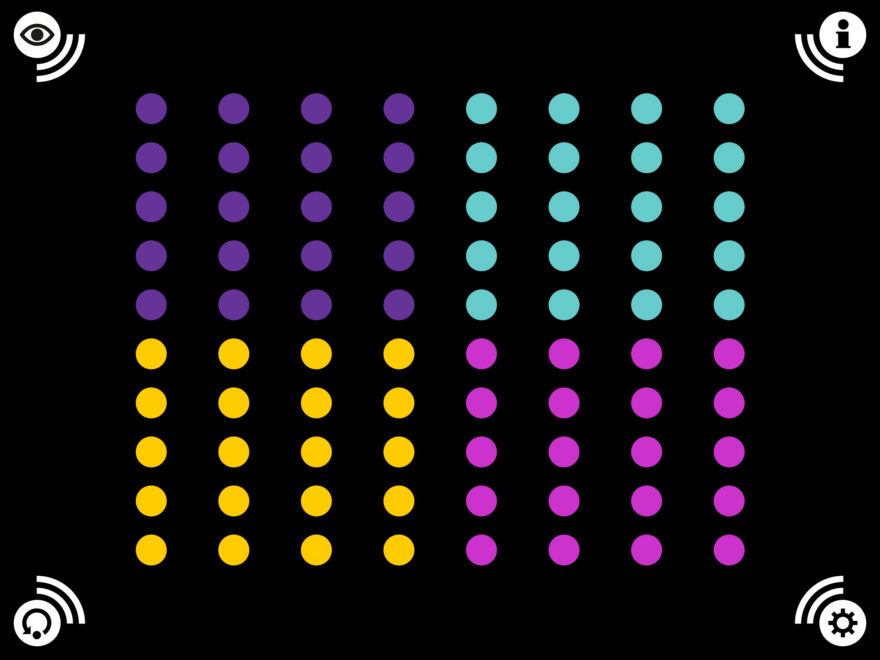 Jarek Beksa first encountered the need for audio-based games when working for Orange—the telecommunications company—in Poland. He was doing a usability study with voice recognition and speech synthesis applications, during which, one of the blind testers said, “Nobody makes games for us.” It drew Beksa towards the potential of using this technology to make games for the 300 million visually impaired people around the world.

But it wasn’t until a few years later and after a move to New Zealand that Beksa would act upon his realization that day. He’s currently doing a PhD research project at Auckland University of Technology, part of which is making audio-based games—the idea being to experiment with effective ways to design and develop games for the visually impaired. For this project, Beksa put together a team of game makers from the university and launched Audio Game Hub.

“most of our assumptions were wrong”

The team started off as simply as they could by making an arcade game that they thought would only take a few days to finish. “But when we started testing it with real users we found out that most of our assumptions were wrong,” Beksa told me. This is the kind of feedback that Audio Game Hub would get frequently as, after making that first arcade game, they went on to make seven other small audio-based games. “We had to redesign and redevelop most games many times until they were ‘playable’ without the need to look at the screen.”


The intention of these eight games was to experiment with different types of input and interfaces. One challenges your memory, another is a slots machine, and yet another has you shooting arrows at a target. The latter is a good example of how the team tweaked an established format to make it playable through audio alone. It works by having a cursor move back-and-forth across the target with the audio swelling when it gets near the bullseye. There’s also a variation of this archery game in which the player hunts animals in a forest, having to move the cursor across the screen themselves to locate their prey with a series of clicks, which increase in frequency when they’re aiming at the animal as it runs around.

Making these games also enabled the Audio Game Hub to refine the processes and priorities when making games for the visually impaired. Beksa told me that, surprisingly, a lot of audio-based games don’t actually have good sound quality—they use speech synthesizers and poor sound effects. Audio Game Hub tackled this by recording its sounds in a studio, but also learned that there’s more to a good sound effect than its sonic quality, as figuring out how to communicate different types of actionable information to players through a sound effect is a fine art.

Audio Game Hub released its pack of eight arcade games for free back in April 2016, for PC, iOS, and Android. To the team’s surprise, it has since accumulated over 35,000 downloads without any promotion or marketing. Along with plenty of positive user reviews, the team was also given the App of the Month Award by the Royal National Institute of Blind People, and was the winner of the Representation Award at the Play by Play International Games Festival. Another surprise was that sighted players were also attracted to and enjoyed the audio-based games due to them stimulating imagination, according to Beksa.

This is only the start for Audio Game Hub. Beksa and his team are the first to say that their eight arcade games are much more simple that most other digital games. “There is a need and a responsibility to provide the visually impaired with richer gameplay than what is currently available,” Beksa said. “And this is where we come in to continue this good deed and expand on our original project.”

This is why they plan on both expanding the arcade games pack with an additional five games as chosen by Kickstarter backers, but are also working on an audio-based RPG called The Whispering Tunnels. It will let players choose paths along a dangerous adventure, develop a character, interact with other characters with dialogue, and complete quests as they try to escape the traps and monsters of the eponymous tunnels.

The money raised from the Kickstarter will go towards hiring professional voice actors and purchasing sound effects and music for these new games. And to Audio Game Hub’s delight, the base funding goal has already been reached, with two weeks still to go to raise more money that will go towards sending the games out to foundations and developing more arcade games.

You can download the original Audio Game Hub pack through its website and support the team’s future work on Kickstarter.