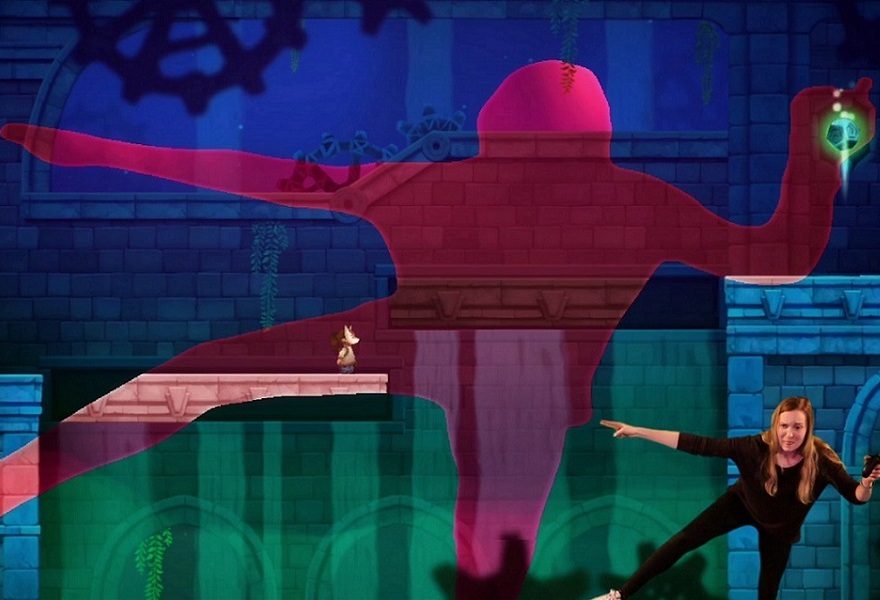 New Xbox One exclusive game, FRU requires players to use the Kinect to play. That, in itself, is already strange, considering the Kinect was unbundled from the Xbox One two years ago. But FRU might actually be able to bring life back to the Kinect by doing motion controls in a completely different way.

While many motion control games require the player to, in some way, imitate a natural movement, FRU doesn’t. Instead, FRU uses the outline of your body to demarcate portals on the screen. These then change the environment that the in-game character is in, granting them a way to traverse it. While sometimes this can involve you standing still, at other times you’ll be balancing on one foot and extending your whole body, or quickly moving to give your character somewhere to land after a jump. Your silhouette creates new paths for your character—this is how you solve the platforming puzzles of FRU.

One of the major pitfalls of motion-controlled games has been how often the controls just don’t feel right. There’s a delay between your body’s movements and the on-screen reaction. This can be a particular problem when it concerns actions we are familiar with, like walking. A game may ask the player to move their arms to simulate walking, and even though that is often a part of walking, it really doesn’t work as a physical analogy, and can take the player completely out of the experience.

But, in FRU, because you’re not imitating normal human movements, this isn’t an issue at all. All you’re doing is manipulating an image with your body. The brightly-colored shape of your body changes the character’s world, giving the game a sense of mysticism, like your silhouette is something larger than life, intervening on behalf of this little person in a mask. As a fresh, more abstract take on motion controls, it may be the shot in the arm the Kinect needs to seem relevant again. It’s just a shame it’s arrived so late in the Kinect’s life cycle.