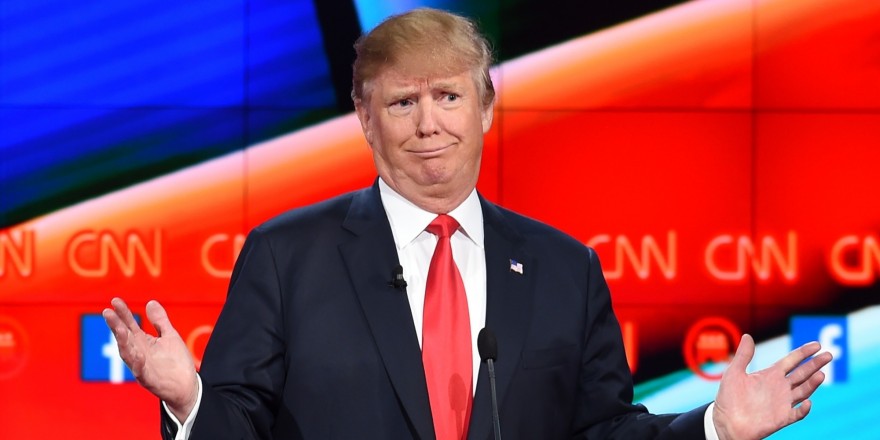 If given the opportunity, what would you do to the melted clump of leftover Kraft Dinner that is Donald Trump’s visage? While this is surely a question with which much of the electorate has recently reckoned in a hypothetical sense, technology is making it tantalizingly real.

Let’s start with the serious application: “Face2Face” takes a YouTube video and re-renders the face in real-time to match the movements of another person as captured by a webcam. The project, which was created by researchers at Stanford, the University of Erlangen-Nuremberg, and the Max Planck Institute for Informatics, turns real people into puppets. Their faces can be deformed with remarkable ease. That isn’t what it looks like—we expect deformation to smudge shapes—but all movement is deformation, and in “Face2Face” that logic is followed through to its ultimate conclusion. Thus, this can be done to Donald Trump’s face:


What does it take to make deformation look like gentle transformation? Lots of facial tracking technology, obviously, and plenty of fancy rendering. But the most interesting tidbit about “Face2Face” is that “The mouth interior that best matches the re-targeted expression is retrieved from the target sequence and warped to produce an accurate fit.” One might not immediately think the interior of the mouth is particularly consequential when it comes to facial matching, but these are the little details that can easily derail a work of animation into the uncanny valley. “Face2Face” doesn’t fall into that trap, so we can now worry about how it’ll be used to ruin political discourse.

Why is this a thing? “I am chilled to the core watching trump’s rise in popularity and working on this was cathartic for me,” Drumpulous’ creator explains. “I hope it brings a lighthearted moment to anyone also suffering from dread in these troubling times.” Fair enough, at least up to a point. Watching the rise of Donald Trump has been nothing if not infuriating, and the constant, asymmetric demands that his detractors behave with levels of civility that The Donald never meets is exhausting. (Here’s looking at you, Jonathan Chait.) So, who could begrudge Drumpulous’ creator and players a little laugh? It is indeed funny to watch cartoon-Trump’s head rock back and forth as dildos collide with its squared-off corners.

We’ve been here before with Trumpiñata. Games provide an outlet for political frustrations, and that’s for the best. It’s better to have slightly violent jokes in virtual spaces than elsewhere. Online spaces also allow citizens to escape demands for civility in the privacy of their own homes, which is psychically and practically useful. That does not, however, fully excuse the Beat-Up-Politician-X genre, which never seems to have sufficiently reckoned with the power of its iconography. These games will be looked back on as interesting cultural artefacts, but probably not as wholly thought-out pieces of commentary.