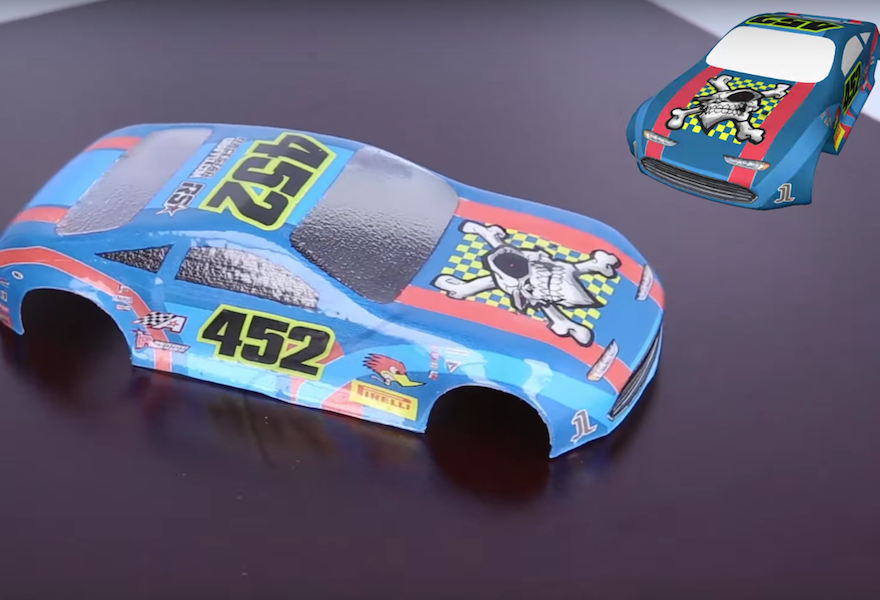 With the advent of 3D printing, it’s easy to imagine a future where industry is as simple as pressing a few buttons on a computer screen. Just take any computer-generated 3D model, send it to a 3D printer, and within a few minutes to a few hours, you’ll have an actual, physical object that you can hold in your hand.

The problem, then, is the wait. Whereas a three hour wait for a small statue might be bearable for individual use, large-scale production houses may not be able to afford the lost time when compared to more traditional methods. To avoid this, Zurich’s Interactive Geometry Lab has recently developed a more instant alternative: simply create a single mold and then use a process called “computational thermoforming” to bring computer-generated models to life within seconds.


Currently, thermoforming is widely used by the shipping industry to create simple plastic containers, boxes, and packaging material. It involves using a heat-resistant material such as aluminum or gypsum to create a mold for the end product’s desired shape, then heating up a flat plastic sheet to near its melting point, at which point a vacuum pulls the sheet over the mold. The plastic sheet then instantly and permanently takes on the shape of the mold, and the mold itself can then be used again to mass produce copies. With computational thermoforming, the Interactive Geometry Lab hopes to use an algorithm to print distorted 2D representations of 3D models onto these flat plastic sheets, which will then take on the appearance of the model they were based on during the process.

rising out of some primordial ooze

While creating the mold takes time, the instantaneousness shaping process resembles something out of Harry Potter. In the few seconds it takes for the mold to be punched through the plastic sheet and for the vacuum to kick in, it looks as if the end product is being conjured from nothingness, like it were rising out of some primordial ooze. Unlike regular thermoforming, the Lab’s creations are fully colored and textured, allowing them to easily create masks, food replicas, toy car parts, and props for model scenery within seconds. As opposed to 3D printing, the process can then be repeated much more quickly by using the same mold to create multiple copies.

As of now, computational thermoforming is limited to plastics as well as to hollow objects, but the Lab does note that it offers more vivid colors than 3D printing. It is also built with low-cost, off-the-shelf products, meaning that it may offer a cheaper and quicker alternative for hobbyists and entrepreneurs looking to take their production into the future.