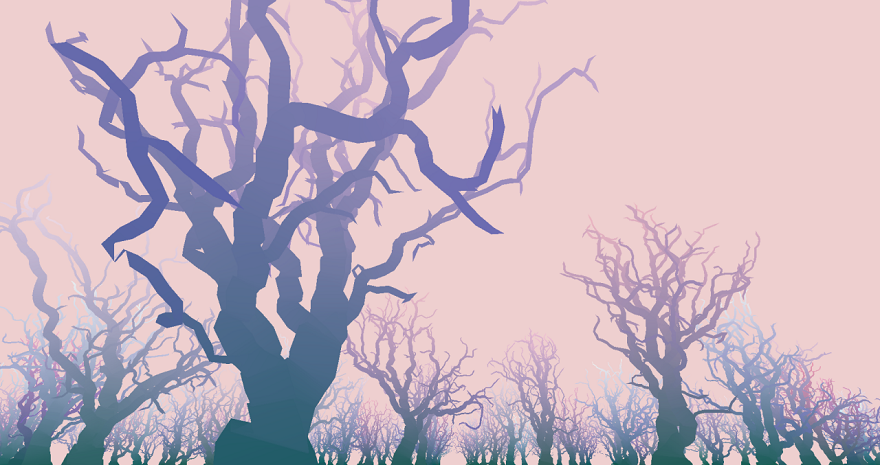 Alex May, a game designer best known for his work on the botanical RTS, Eufloria, recently posted some new videos highlighting work on his upcoming game, Starboretum. Eufloria focused on interstellar war between Dyson trees and other types of alien flora, a sort of minimalist Pikmin in space, but Starboretum looks to be interested instead in the development and differentiation of more ordinary terrestrial plant life. The hook, of course, is May’s heavily stylized, limited-palette renderings of eerie tree-scapes.

Though both videos are silent, Starboretum appears more than a little reminiscent of Ed Key and David Kanaga’s 3D exploration game, Proteus, especially if the latter took place almost exclusively in the 1960s aluminum tree lot from A Charlie Brown Christmas. Despite the simple, brushstroke look of the trees—or perhaps because of it—each one looks distinct, with its own little history. While the realism and high production value of a game like Dragon Age: Inquisition or Skyrim can certainly yield lush, detailed plant life, the scale of those projects alone makes it difficult to completely hide their representational artifice. The earth is filled with all kinds of ancient and bizarre looking trees, and yet the ones we find in most videogames can feel overly prosaic.Starboretum, on the other hand, looks lived-in, most likely because of how the trees procedurally grow and change over time. What is the game beyond that? “Functionally, it’s exploration of genetic space; aesthetically it’s otherworldly,” says May. “Ultimately I want [the] feel of forests and gardening.” Starboretum, which the website simply calls an ”interactive entertainment experience for modern microcomputers,” is still in the prototype stage.