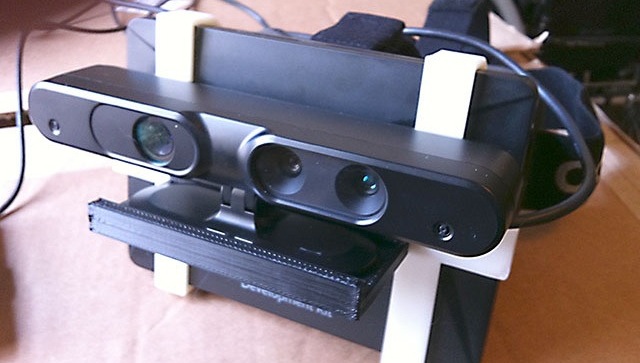 A new category has appeared on Steam, bearing the words “VR support.” Now that virtual reality is a separate entity in the database, maybe this means we’ll be seeing some made-from-scratch VR games soon.

When the current wave of virtual reality first gained momentum with the Oculus Rift, it was very much a do-it-yourself sort of experiment, much like Silicon Valley’s early days, which grew out of the HP Garage. We saw a lot of hacks that brought the tech up to speed so that you could shoot marines and drive tractor trailers in 3D, or 4D, or however many dimensions virtual reality exists in.

As of now, the four games in this newfound category weren’t explicitly developed for the virtual realm, but were adopted. They’re basically experiences you can get elsewhere positioned closer to your face. There’s the forever-popular shooter Team Fortress 2; the moon rover sim Lunar Flight; the mecha-piloting space shooter Strike Suit Zero; and the zombie surviv-alypse No More Room in Hell. This is a good start, but we’re anxious to see what gaming with goggles will become once it breaks out of its shell.

(img via Road to Virtual Reality)