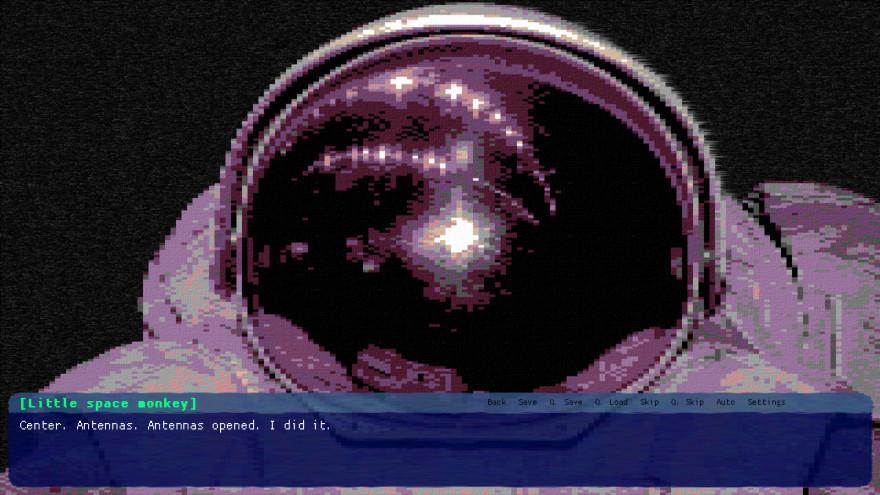 New York City has a clichéd nickname: The City that Never Sleeps, referring to the restlessness of nightlife in the city. Similar is the metropolis in the newly released Cyber City 2157: The Visual Novel, as it also never sleeps. But that’s because the sun never sets. Night never comes to toss its dark cloak over the city. The City (capitalized, as it is a character in itself) remains bright, shining, always ready to adventure—it doesn’t sleep because it doesn’t get a chance to. And you, the player, are tasked with navigating all its parks, suburbs, cemeteries, and even dreams.

Created by Harotobira, Cyber City 2157 is, as written in its full title, a visual novel. It’s also an exploration of the fundamentals of mysticism and cyberpunk, inspired by postmodern literature and arthouse films. Cyber City 2157’s arthouse inspirations are at the forefront, with its lo-fi, forever-obscured backgrounds. The visual novel never cops to an anime-inspired aesthetic as so many others in the genre adhere to. Instead, it waives those trappings and ventures more into a Twine-like territory of narrative and choice. 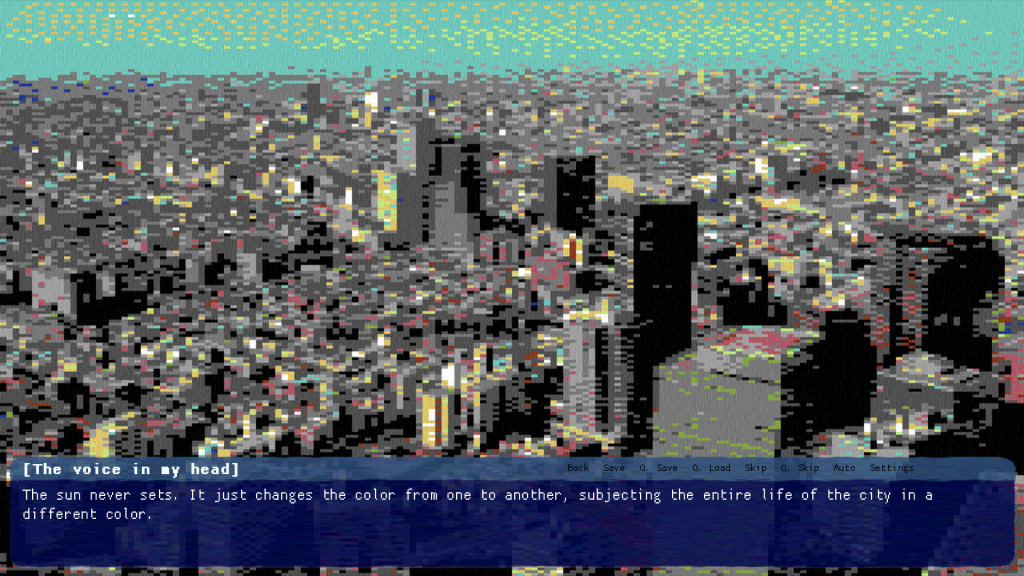 In Cyber City 2157, you’re tasked with remembering a long-forgotten dream. As you wander towards an unknown future at work creating Molds—”perfect” human simulations that sound eerily similar to Blade Runner’s (1982) replicants. The dream is fragmented. There’s the abyss of the cosmos, a frightened astronaut, and that’s all you remember. Cyber City 2157 is about recollecting that dream, and finding your own place in the City itself, as you reside in a reality that changes far too rapidly to even comprehend.