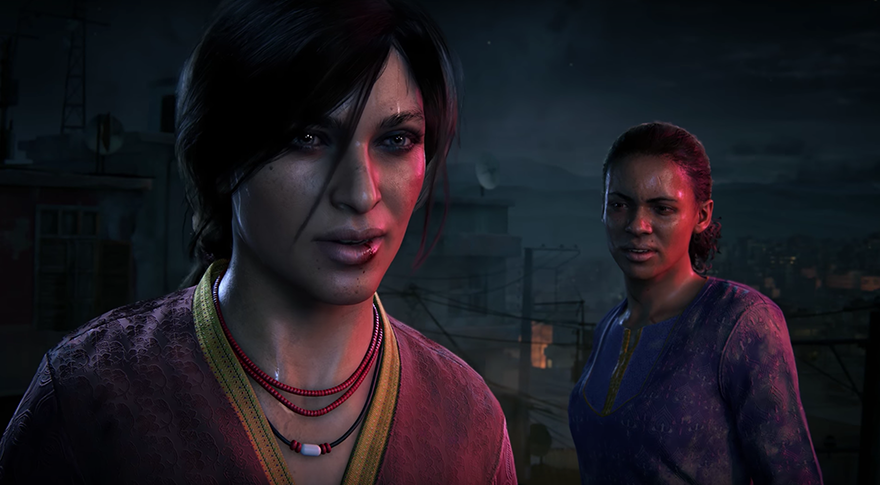 It was revealed during the Playstation Experience on December 3rd that Uncharted 4’s single player DLC will feature a few familiar faces. Returning to steal our hearts is Chloe Frazer as the main character and mercenary leader Nadine Ross as supporting cast. Uncharted: The Lost Legacy is slated for a 2017 release and has been described as a standalone experience.

In true Naughty Dog fashion, the studio remained tight-lipped after the conclusion of Uncharted 4: A Thief’s End, leading many to wonder about the inevitable DLC. Some fans speculated that it would follow the adventures of Sully and Sam, as the ending was left suspiciously ambiguous for those characters. Other hopeful players wished for more Elena (who could blame them), perhaps wanting to have a closer look at her struggles while attempting to save Nate’s ass once again.

It was a pleasant surprise after the eight minute trailer came to an end, revealing that the woman whose identity was a mystery turned out to be none other than Chloe, the quick-witted treasure hunter from previous installments. The crowd’s surprise and excitement at the reveal should contribute to putting an end to people questioning whether players want female protagonists leading their videogame stories. Nathan Drake had a good run, and Naughty Dog made the right move passing on the torch.

According to the studio, the DLC will have the two women “venture deep into the mountains of India in search of the legendary artifact. Along the way, they’ll learn to work together to unearth the mystery of the artifact, fight their way through fierce opposition, and prevent the region from falling into chaos.”

For more information on The Lost Legacy, click here.