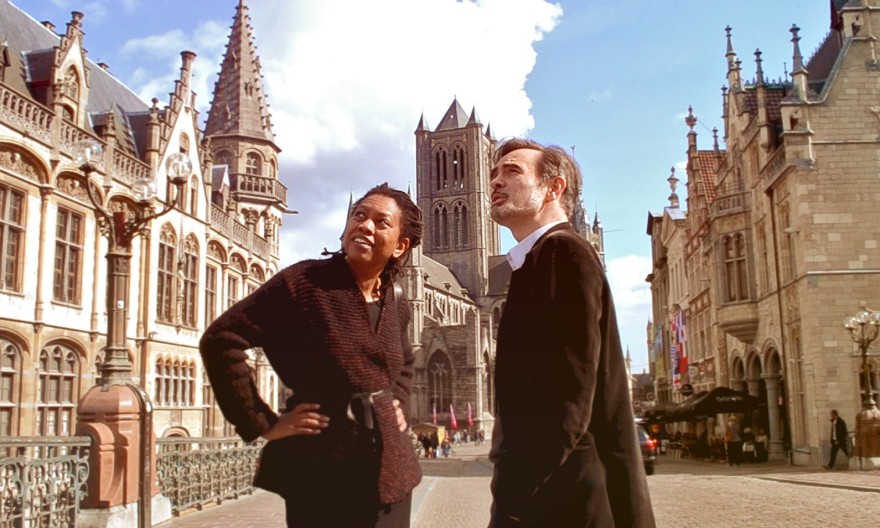 Tale of Tales has revealed what its “non-game art project” Cathedral-in-the-Clouds is all about by launching a Kickstarter to fund it. The idea is to create a cathedral that you can enter through a virtual reality headset and then, from there, admire a series of dioramas located within its radiating chapels.

The project is born from a passion found in both halves of the studio, Auriea Harvey and Michaël Samyn, for the “intense” religious art found especially around their current home in Ghent, Belgium, as well as nearby places such as Bruges too it would seem. Ghent itself is a city notable for its range of abbeys, churches, and the spectacular St. Bavo’s Cathedral, all of which are fashioned with genuine Gothic and Renaissance art.

struggling to take in the huge scope and minuscule detail

I visited Ghent myself back in August and found became captivated by both the architecture on the outside and the rich artwork to be found inside. It’s a city watched over by a gilded dragon atop the belfry and where a grand 12th century “castle of the counts” that was privy to torture and execution sits. Life-sized carvings of people wrapped in cloth also adorn the walls of some of the buildings. But it’s not just these figures that make the place feel alive in its stone setting. The decorative aspects of the buildings such as the pointed arches, stepped rooftops, and notched walls give them character that we have lost to utilitarian building design.

When you’re stood among it all, struggling to take in the huge scope and minuscule detail around you, it’s easy to see why Tale of Tales would want to bring that experience to more people through virtual reality. I’d smuggle myself into their office as one of their cats if it meant I could return to the city. But I guess having a slice of it temporarily recreated in front of my eyes will have to do for now.

Plus, it’d be great to witness the architecture such as that found in Ghent without getting drenched. Compare the photo of Auriea and Michaël in Ghent at the top of this article and the one of myself in the same spot above (mind you, the gloominess did add to the imposing nature of those buildings).

“We should all have works of art in our pockets”

Zooming in a little more on what this virtual cathedral will contain, Tale of Tales has said that it will be an “ever expanding collection of virtual dioramas depicting scenes created for contemplation.” Yes, there won’t necessarily be any interaction or game elements here; you’re tasked only with observing and thinking.

If you don’t have access to a virtual reality headset then the dioramas will be available in alternative forms: downloads, webpages, apps, video, and so on. The intended experience is, of course, for them to be part of a larger exploration inside the titular cathedral. But, even above that, this project is about making the art usually found in museums and churches accessible and convenient. “We should all have works of art in our pockets or on our laptops, for when the mood strikes, or when we need a moment of calm and focus,” reasons Tale of Tales.

As to the dioramas, they are said to be inspired by medieval art, consisting of a box that houses a life-sized virtually sculpted body—a saint, or the Virgin Mary, or Jesus Christ. They’ll all relate to an ancient story that will handily be explained for those unfamiliar with it. This much you can get if you visit artworks yourself, but what you won’t get is what Tale of Tales is offering: dioramas that seem alive. Their chests will move up and down as they breathe, insects will scurry, wind will push cloth around. Not only that, entire animated scenes will play out as you watch, giving you a little more than the still object to consider.

Tale of Tales plans to make Cathedral-in-the-Clouds available for free. But to ensure it can happen the studio is looking for €35,000 on Kickstarter. You can support the project to get access to early builds, essays collated as a digital book, as well as getting your name or image into the virtual cathedral itself.