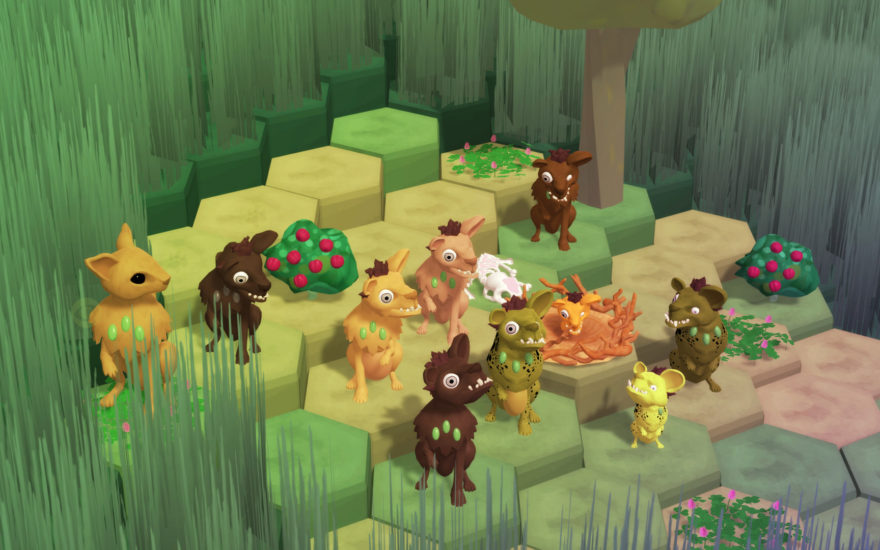 There are a lot of educational games out there that might teach you a thing or two about biology, evolution, and how genetics work. But they can be easy to disregard due to the often boring and dull methods of delivering that information. Well, Team Niche—a small five-person independent studio located in Switzerland—thinks it has found a way to make learning about genetics and species evolution a little bit more engaging.

Niche is described as a “fresh blend of turn-based strategy and simulation combined with roguelike elements.” The game puts you in control of an animal species in a certain landscape, ranging from snowy mountains to heavily cultivated areas, with the goal of trying to “keep your tribe alive against dangers, such as hungry predators, climate change and spreading sickness.”

you have to take into account proper genetics thinking

As everything in Niche is based on real genetics—which is the educational bit—you’ll need to employ smart breeding choices to survive. And to make sure you’re actually taking in all the information when making these decisions, the worlds and all the animals are procedurally generated. You can’t just learn the tics of the game; you have to take into account proper genetics thinking.

To help you along with this, when accessing the game’s menu you will be able to see “all the genes and abilities of a selected animal.” You’ll be in pursuit of unlocking more genes, and this is done by completing challenges, such as spending a lot of time in the savanna or the desert to develop big ears for your animal to cool down their body temperature. Collecting food, fighting, scouting, and mating also unlock more genes.


As you progress through the game and unlock more genes, animals can evolve and perform different tasks—for example, “when they develop stronger paws, they earn the ability to dig holes in the ground, which helps with finding food,” according to the game’s creators. Selective breeding to acquire these kinds of traits is a big part of the game and keeping your tribe alive, however, the studio did have to consider the possibility that players would pursue incest. This was taken care of by implementing a system that sees the offspring of closely-related family members more prone to sickness and might die younger.

Other dangers you’ll have to face in Niche’s world are predator animals, who have their own behavior module and motivations to eat the members of your tribe. Beyond that, the game world is divided into unique biomes, and “each biome requests different sets of survival skills and adaptions,” according to the creators. Nature-related events, such as temperature and weather changes, will affect each environment and require you to overcome new challenges.

But the creators of Niche can’t say exactly what these challenges might be as all of the game’s systems are meant to “lead to a simulated world in which various situations can emerge.” In other words, it’s unpredictable, just as the real-life science that the game is based on. All that can be said for sure is that the game “features various forms of heredity and is based on the five pillars of population genetics (genetic drift, genetic flow, natural selection, sexual selection and mutation).” Learn those and your tribe might stand a fighting chance at survival.

Niche is planned for release on PC in early 2017, with the studio planning on expanding to mobile and handheld consoles too. You can find out more on its website.