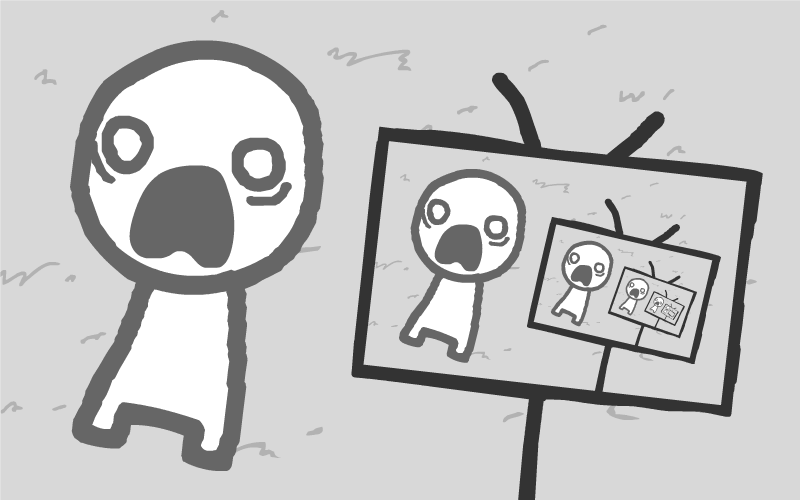 Two years ago, game designer Nicky Case was trying to process the events in Ferguson. Inspired by an image showing how camera framing can alter how a story is perceived, Case went about creating a game playing upon these notions. Though the initial post about the game went viral, Case admits they couldn’t find a way to extend the idea further and subsequently dropped it altogether.

Then, the summer of 2016 happened. From the shootings in Orlando and Dallas to Alton Sterling and Philando Castile, the summer was wrought with one tragedy after another. At around the same time, Case was working with PBS Frontline as a Knight-Mozilla OpenNews fellow (an initiative implanting technologists within news organizations). While trying to cope with the frustrations and anxieties brought on by the summer’s events, Case started thinking about the role of media and the game they abandoned years before.

After seeing the effects of media coverage on the political landscape (like the continued coverage of Trump), Case saw the media as part of a self-fulfilling loop fueling polarization. “The media right now pays attention to what happens quickly rather than what happens slowly. [But] quick things tends to be really bad while good things happen slowly,” explained Case. “If we only show conflict, that’s what we’ll get.”

Case explores this with their latest game, We Become What We Behold. Acting as a sort of newsroom simulator, the game begins with an empty TV screen with folks milling around it. Playing as a photographer, you try to capture interesting scenes whether it be of folks with hats or a couple in love. Whatever you choose to capture becomes the headline (shown on the TV screen) which then influences what people do (i.e. taking a photo of that cool guy with a hat begets a hat trend). The beauty of the game though lies in the way it lulls you into thinking you’ve got it all figured out. But as soon as you get comfortable, the headlines start influencing things beyond the latest fashion trend, namely people’s opinions of each other.

For Case, the seeds of polarization begins here: “Even if everyone in the beginning starts out okay (with only a few wackos), by constantly focusing on what is the extreme rather than what’s normal, you shift what is normal to the extreme. [That’s] one important mechanism that drives political polarization. [You have] these echo chambers where the most extreme members are disproportionately represented. Then, over time, society splits.”

“It’s not just the newscaster’s fault, it’s also us”

As in a lot of Case’s previous works, We Become What We Behold distills a part of the human condition within a systems perspective showing its flaws, quirks, and uncomfortable truths. At one point, in a very meta way, while you might have an inkling where the story will go, it’s hard to stop because as Case points out, “everyone wants to watch a train wreck (but nobody wants to watch a train get repaired).” The game may start out as a seemingly inconsequential and humorous newsroom simulator, but it quickly morphs into a game that jars you into considering how we shape the media and how it shapes us.

Case is quick to emphasize though that they didn’t want to place the blame squarely on the media for negatively influencing us. “It’s not just the newscaster’s fault, it’s also us (the audience). If you try to take a picture of the peaceful protestors, you can do that, but no one is going to watch it and it’s our fault,” said Case. “I didn’t want to just blame one side [which tends to be the case] with a linear cause and effect model …With a loop, the cause becomes the effect and the effect becomes the cause.”

We Become What We Behold is free to play on itch.io.