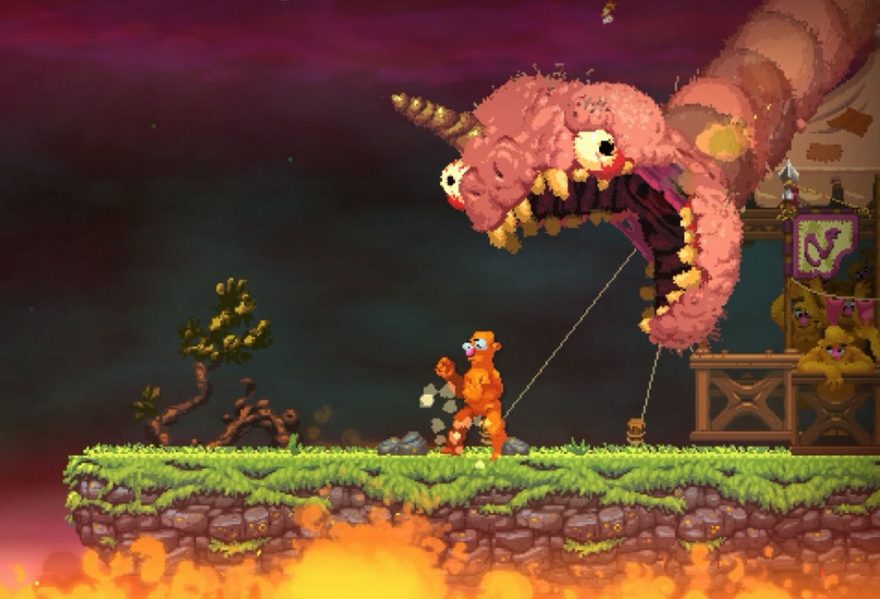 Remember Nidhogg (2014)? Before its release there was whispers of it as the 2D fencing game that people just couldn’t stop playing. After its long-awaited arrival it made its way to other platforms, until it seemed to become nearly ubiquitous—its pixels once only glanced at now brash and animated in everyone’s face.

It was a cult hit, but a cult hit you could play on nearly anything, as long as you had two people. The opposing fencers were rendered in bright colors of orange and yellow, blood spurting neon in their signature shades as the battle raged on. Now, Nidhogg 2 is coming, and it’s ditched its garishly simple visuals for something busier: a retro-ish 16-bit art style, with characters that look like nude monsters torn from a Troma movie.

The teaser trailer for Nidhogg 2, which you can see above, shows off this new look, but also some of the new weapons in the game. There will also be 10 different levels this time around and a single player campaign that lets you throw down with a variety of AI opponents. While this is standard for a videogame sequel, I admit I’m a little worried about all these changes and additions to the original game. More weapons, more stages, more visual details: it’s a long way from the confident simplicity of the first game.

Still, there’s no reason to believe that Mark “Messhof” Essen can’t make this work the same way he made the original shine. Especially with such a keen and varied history of videogames under his belt, from the deft, neat movement of Flywrench (2015) to the grotesque madness of Randy Balma: Municipal Abortionist (2008). Plus, for Nidhogg 2 Essen is joined by Toby Dixon as lead artist and animator, while Kristy Norindr is dealing with the music direction and other deal-making.

Nidhogg 2: Nidhogg Harder (not the game’s final name) will be launching in 2017 for Windows, Mac and “maybe some other platforms.” If you’re at TwitchCon 2016, you can play it at the show at booth 104. There is a website. 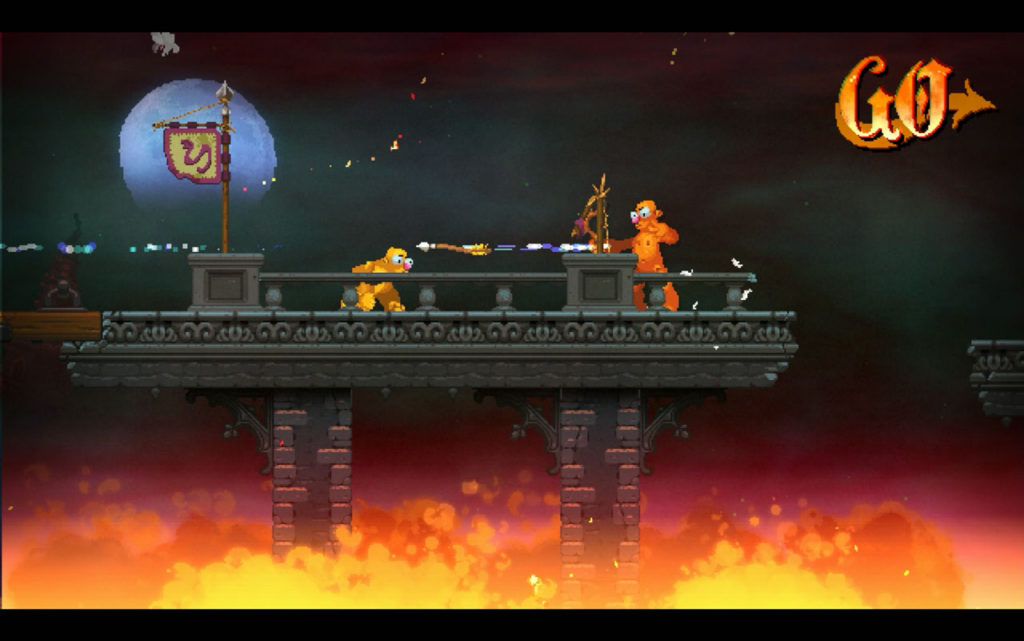