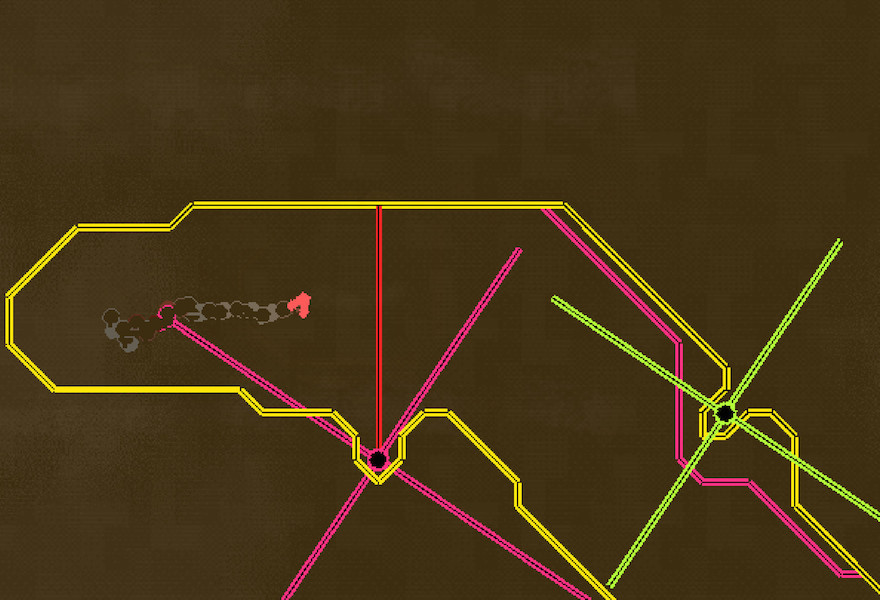 Messhof, the developers of quirky fencing game Nidhogg, have been teasing us with Flywrench for a good while now. A prototype of the game originally hit the net in 2007. Its Kickstarter was funded way back in 2009, and its straight line of a main character was even featured as a guest character in 2010’s Super Meat Boy.

Flywrench is a stylish blast from the past

After over half a decade of waiting, it seems that Messhof has finally deemed us worthy of Flywrench’s neon goodness. Out now on Steam, the game casts the player as a ship that, despite looking like a plain straight line, is quite the groovy little vehicle. With the ability to spin, flap, bounce off walls, and straighten up when needed, your ship is tasked with moving through a series of color-coded pillars on its way through each of the game’s 170+ levels. In order to progress past each pillar, you have to perform a specific action associated with its color right as you come into contact with it, resulting in the ultimate test of your reflexes and pattern recognition abilities.

Drenched in the sights and sounds of vector-based arcade classics like Asteroids, Flywrench is a stylish blast from the past fit for anyone looking to prove just how much rhythm they really have.

Flywrench is now available for Mac, PC, and Steam Play