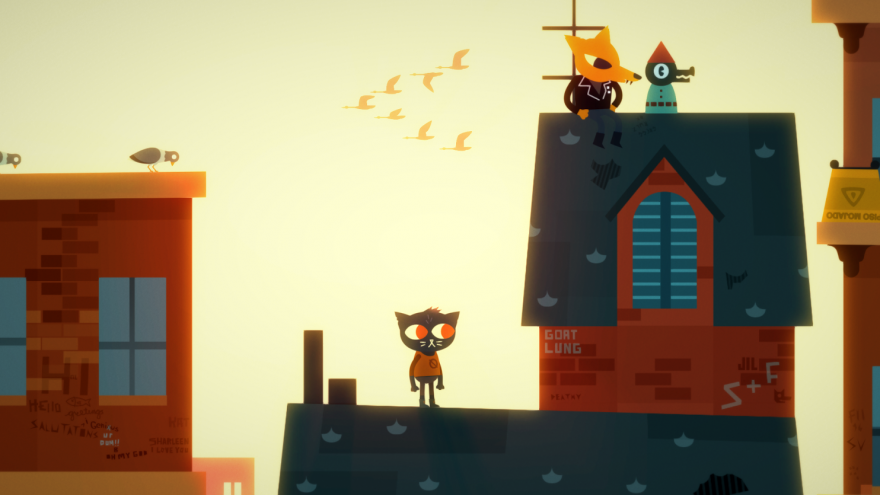 There’s something special about the breezy wit and innocence of a great cartoon. An animated comedy, or funny graphic novel, or Sunday-morning comic strip has the advantage of telling the truth from behind a window of playful distortion—no doubt that’s why we love them the way we do. They’re funny, sure, but they’re also honest. Nobody cuts to the heart of our financial woes like Mr. Krabs; no one understands our pain like BoJack Horseman.

Night in the Woods, a game that’s been in development since roughly October 2013, when it was announced on Kickstarter, looks to capture some of the magical absurdities of the cartoon world. Mae, the anthropomorphic, 20-something cat that players will inhabit in the game, can walk on two legs and have a conversation, but she exists in a universe where other animals keep cats and dogs as pets in the same way we do. And, perhaps more importantly, many of the anxieties faced by 21st-century, small-town America—loss of jobs to outsourcing, an ailing local economy, and widespread unhappiness—also concern the talking animals in the world of Night in the Woods.

The footage we’ve seen so far is certainly charming, and the three-person team at Infinite Fall has clearly made good use of the last two and a half years, polishing the art style and music to an uncommon degree of perfectionism. We’ve still a little while to wait for Night in the Woods yet, but the team released a free standalone tie-in game, Lost Constellation, on itch.io last year that you can check out in the meantime.

True to the studio’s autumn-inspired namesake, we can expect Night in the Woods to land on PC and PlayStation 4 in fall of this year.