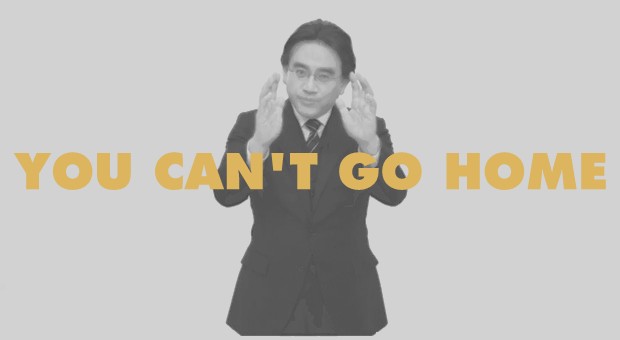 The Legend of Zelda: A Link to the Past released for the Super Nintendo Entertainment System in Japan in 1991 and elsewhere one year later. If you are twenty-one years old today, when Takashi Tezuka and Shigeru Miyamoto first transcended the unevenness of their first two Zelda games and forged the linchpin of a franchise oft-touted as Nintendo’s finest, you were but a blip of amino acid in your parents’ loins.

Wednesday’s announcement, then, of a follow-up to A Link to the Past being released on Nintendo’s 3DS handheld this holiday, was not for you. You may very well enjoy it. But the decision to tout a game as based in the same world first seen over twenty years ago was not due to your unknown enthusiasms. This reasonable assumption, then, strikes an odd note in the chorus commonly heard re: Nintendo — that they make games for younger gamers, presenting hairless innocence for those hairless innocents we used to be but are no longer.

Wednesday’s announcement was not for you.

Why, then, would their big holiday release ignore their presumed majority of fans? There is a schism in the house of Mario, and thy names are Old and Young.

Adam Sessler has been writing and talking about videogames for a long time. His first gig hosting a game-centric show was in 1998, though he’s best-known for his work on X-Play at cable channel G4. But TV is so passe. He’s taken his perspective online, where the youthful and tapped-in congregate, with a new program called “Big Talk” for Revision3. He recently spoke with Bill Trinen, Director of Product Marketing at Nintendo of America, about the announced successor to A Link to the Past.  Sessler will turn forty this August; Trinen, in his words, is “old.” Let the record show: each giggled.

“Why now go back to such a classic franchise?” Sessler asked Trinen. “In talking with some of the younger people I now work with, this game resonates with the two of us, but it doesn’t hold the same place [to them] as, say, Ocarina [of Time] does. Why, after so much time has passed, go back to Link to the Past?”

It’s a decent question, and one particularly suited to Nintendo’s long-standing position in the industry. The same discussion just flat-out doesn’t exist within the boardrooms of their competing hardware manufacturers. In 1992, Microsoft was a decade out from entering the console market (though they had been publishing Flight Simulator for eleven years; still, I don’t see the next Xbox leveraging stick-and-rudder acolytes). In 1992, Sony was still working with Nintendo on a CD-ROM attachment to the SNES to be called the PlayStation( in an alternate universe, Link to the Past 2 would be on the Nintendo PlayStation 4 coming out this holiday). In 1992, Apple released the Newton MessagePad, a forward-thinking tablet that bombed amidst promises of revolution; no way in heckfire Culver City creatives are itching to re-open that time capsule.

These are the New Nintendo fans.

And so Nintendo stands in a unique position, able to both take advantage of a generation’s worth of nostalgia but also risk being buried under expectations of stagnancy. In returning to a game’s world a large chunk of their customers never inhabitated, they sling-shot their message over the heads of millions. When Microsoft announces a sequel to Halo, it’s hard to imagine an Xbox loyalist being in the dark. When Nintendo announces a sequel to A Link to the Past, there’s a high chance many of the 120+ million DS owners, or the 90+ million Wii owners, were not even alive in 1992. Of course, this doesn’t mean they don’t know the name, or haven’t played it. But that vital connection, sewn up in present-tense memories, is weakened.

These are the New Nintendo fans. Their first trip to the Mushroom Kingdom may not have been the original in 1985, or even 1991’s Super Mario World; they have their own, fittingly titled New Super Mario Bros. series, that began in 2006.

How can you enflame both the burgeoning imaginations of a seven-year-old and the withered psyche of their thirty-seven-year old parents?

By long-time (or long-ago) fans, Nintendo is often taken to task for drinking from the same well, one that has long since dried up. Pay attention, though, and you’ll see their buckets are many and drawing from countless springs. Like a non-committal butler, they serve many masters; because of this, they may arrive late or wear old-fashioned clothes, but they always show up. Nothing breeds a richer strand of good faith than consistency.

Every generation has their capstone games around which to huddle and coo. Those in their forties and fifties might list Defender or Zork; those in their late twenties and thirties may spout off Super Metroid or Sonic, Ultima or Doom. Teenagers today will remember Gears of War the same way certain folks remember Pac-Man. Nintendo has the enviable burden of being able to reach and talk to almost the entire spectrum of videogame fans, all at once. That makes for a troublesome message. How can you enflame both the burgeoning imaginations of a seven-year-old and the withered psyche of their thirty-seven-year old parents?

It can’t be easy. But you don’t stay in business since 1889 without knowing how to please your customers. Their recent Nintendo Direct and its spate of announcements tickled the soft spot of a certain cross-section of older players, while a legion of youth wonder what the big deal is, waiting for the next big new thing. That is their challenge: To make the old new, and to make the young (and old) care.