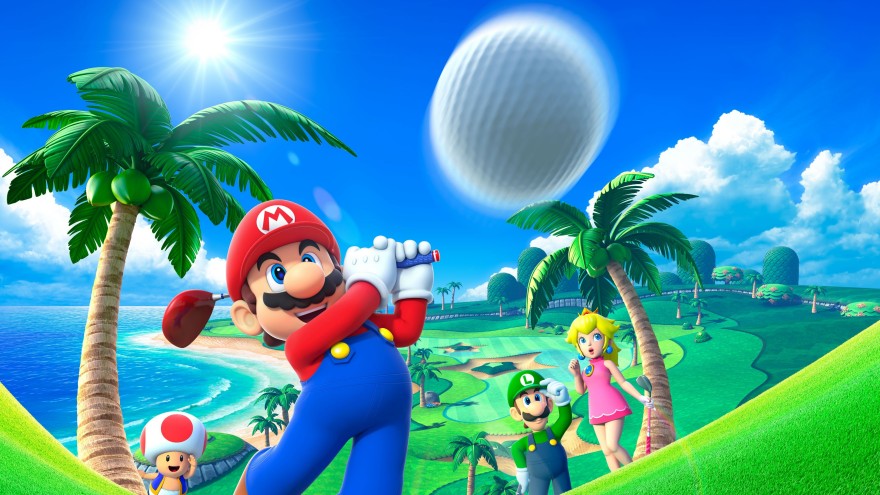 Videogames and real-world sports have always had an auspicious relationship. The very first electronic game demoed for the public, Tennis for Two, set the stage for PONG, which lit the fire still burning today. Nintendo’s relationship with sports, however, has shifted over time. Some of their earliest 8-bit titles for the Famicom/NES were simple sports games: Tennis, Baseball, and Volleyball, among others. Each represented the sport in basic, straight-forward fashion. 1985’s Golf was no exception. Though you controlled a mustachioed golfer who bore close resemblance to Mario, there were no power-ups or water hazards infested with Cheep-Cheeps: Just your clubs, a tiny ball, and hundreds of yards of digitized grass between you and the pin.

A decade and a half later, Mario Golf on Nintendo 64 introduced the familiar trappings of the Mushroom Kingdom to the sport. Mario Golf: World Tour for 3DS continues the tradition of gamifying our proudest athletic contests with a bit of fairy dust. Personally, I was a skeptic—golf is a pure, elegant game. Conceived in the fifteenth century, there’s enough nuance and character even in its stripped-down essentials to compel continued play for well over five hundred years. Harder to notice the refinement of the ages with a big cartoon plumber holding the torch.

After some time on long-time series developer Camelot’s lush fairways, I can see the appeal. The game is split between a somewhat realistic set of courses and those spritzed with the gaudy trappings of a make-believe land. The former path tasks you with completing a rise through the ranks as your Mii character. You walk through a country club (the mode is named “Castle Club”—some fantasy still eeks through). You buy gear at a pro shop. Eventually you enter a practice tournament that sets your handicap. Once qualified, you set out to win the championship trophy at three 18-hole courses with progressively more difficult terrain.

For those impatient for the wacky stuffing, you can also fire up modes from the get-go that skew more heavily towards the Mario in the title. Some break up courses into shorter challenges: Collect 100 coins scattered along the fairway, hit your ball at a floating Star Coin while still getting par, et cetera. And, yes, I admit a twinge of cheer when stepping into the cleats of Donkey Kong and seeing him grab his club with one furry arm to take a swing much like I imagine a cartoon ape would.

Even when playing as a floating Boo or Princess Peach, there’s an underlying set of actions required to score well. A single shot demands the selection of a club, placing a target distance marker, beginning your swing, setting your power, moving a cursor over the ball to apply fade or draw, timing your shot for accuracy, and adding top- or backspin, all within a few seconds. My problem with Mario Golf games, then, is really a kind of strength; the core game is so competent that hitting a solid drive down the fairway feels sweet enough.

When that same ball rolls into a green pipe just off the fringe, and a cannon rises up from the ground to shoot your drive a hundred meters further down the hole, my satisfaction is usurped by the game’s. The feeling derives from the same reason some play Super Smash Bros. with all items turned off, and Mario Kart fans cry foul every time a blue shell knocks them from contention right before the finish line. You can’t help but wish the game would get out of your way.

The core game is so competent that hitting a solid drive down the fairway feels sweet enough.

At least World Tour makes good on its name; once the game launches proper on May 2nd, golfers from Albuquerque to Edinburgh can play online together in tournaments. At the moment, all I can access is the “connecting online” loading screen. But even this provides a glimpse at what could have been.

A window on the bottom touch-screen shows the familiar two-dimensions of Super Mario Bros. World 1-1. Instead of a flagpole, the level ends with a golf pin, that flagstick coming out of the cup. As the pre-release unpatched software loaded a connection that would never come, scenes from some unmade 8-bit game played out.

A golf ball bounced across a trio of Bullet Bills traveling over the ground, before landing in the hole. A lone koopa troopa steps across the green until another ball plunks the turtle into a stationary shell; soon, a line of goombas waddle toward the hole but another ball smacks into the shell, sending it across the green and into the brown obstacles, like anthropomorphized sandtraps knocked aside. Next, another ball rolls toward the hole but is met by a sliding mega mushroom; the golf ball grows huge—Super Golf Ball!—and smacks against the pin, now too large to fit in the cup, and careens off screen.

Watching this throwaway loading animation made me realize what was missing in the actual game. This is a Mario Golf that makes sense. The new 3DS incarnation of a fifteen-year-old series is a fantastic game of golf. As a Mario title, though, it lacks the intuitive snappiness you come to expect from the mascot king. The finesse with which you can apply spin and fade to your 9-iron shot into a 14 mile-per-hour wind is elegant and controlled. The shot feels earned and satisfying to pull off. Rolling a ball through a question block to acquire an item that gives your next shot a speed boost feels sloppy, sapping the fun from both the golfing and the Mario’ing.

Your mileage on this may vary; millions love these Mario-ified sports games who would never otherwise play a videogame version of the real deal. I, on the other hand, have sunk more time into 1985’s Golf that I’d care to admit. The latter is a stripped-down NES game with a surprising amount of nuance. The former coasts on character personality and the novelty of mashing up an athletic pursuit with the recognizable trappings from a world where mushrooms make you grow big. The sport is still there. But it’s weighed down by the conventional tomfoolery of Waluigi pirouetting on one leg before swinging a three wood. For me, the sport is enough.

Nintendo is in a remix mood lately. The original Golf was in their NES Remix for Wii U, and the sequel just arrived this week. A humble plea: Go all in and give us a true Mario Golf game that matches the energy of the platformers with the rules of the sport. For now, I’ll stick to the classics.