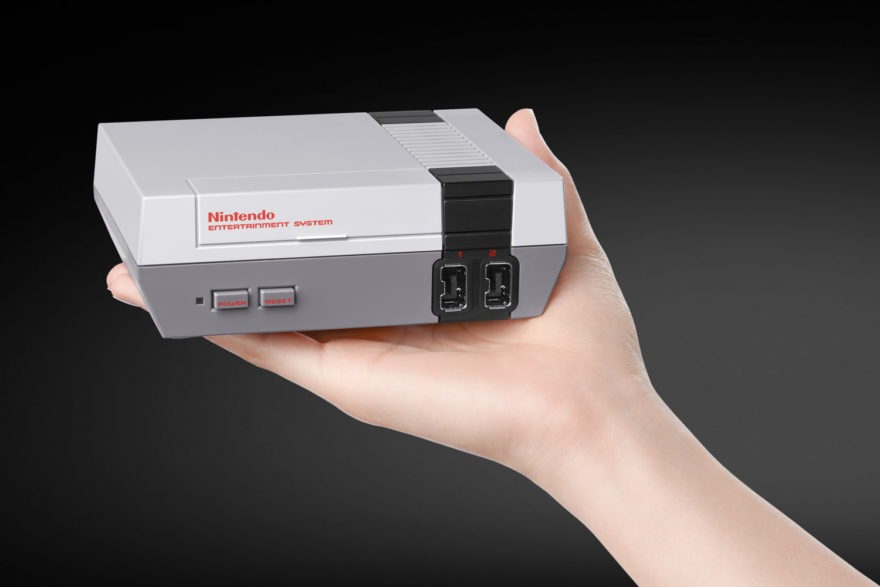 Between Humble Bundles and Steam sales, everyone loves a good collection of cheapo games. In the spirit of bundle-based generosity, Nintendo has announced a kind of physical manifestation of their Virtual Console in the form of the “NES Classic Edition.” The size of a 10-dollar sandwich, the NES Classic Edition will have a fixed library of 30 NES games, 28 of which are currently available on the Wii U Virtual Console. For the first time ever, Bubble Bobble (1986) and Final Fantasy (1987) will be legally playable in 1080p, having only been on the lower-resolution Wii Virtual Console and NES up to now.

“rediscover the joy of NES games”

While Nintendo’s reputation for cashing in on nostalgia is not undeserved, these games are all from the late 80s or early 90s. It would be difficult to argue that you shouldn’t have to pay for a copy of Lethal Weapon (1987) or Julia Child’s The Way to Cook (1989), although both of those can be found for less than a dollar on Amazon.

I don’t think Nintendo would bother to manufacture this pork chop-sized console if they didn’t think it would sell. Their data from Virtual Console sales presumably suggests that the market for NES games is still a large one, and the high resale prices of original consoles and games would back that up. Still, I wonder if people are really up to “rediscover the joy of NES games” for, like, the fourth or fifth time.

The NES Classic will arrive on November 11th, just in time for Veterans Day, and you can find out more about it on its website.