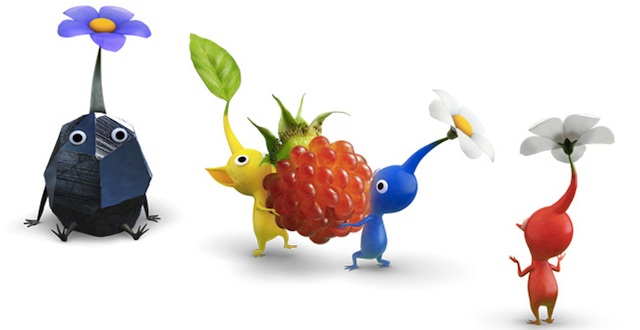 The dust has cleared nearly a month after the recent Electronic Entertainment Expo in Los Angeles, and an unauthorized non-scientific analysis of said dust found the molecular make-up to be 95-percent gunpowder residue, 4-percent dehydrated plasma, and 1-percent Nintendo fans that self-immolated upon the conclusion of their E3 press conference.

In recent weeks much has been written about all that violence. In most of these write-ups, the author lambastes the stunted creativity and prepubescent maturity of the industry. Most also include a disclaimer that reads something like: “Gratuitous violence dominated nearly every conference/booth except Nintendo’s.” (Emphasis mine.) Those that expanded their coverage of Nintendo beyond the simple shoulder-shrug gave a similarly lax review. Its new console, the Wii U, releases this holiday season. Fans expected a blow-out of much-loved franchises and revelatory new ideas, cut from the same cloth as Super Mario 64’s re-imagined 3D kingdom or Wii Sports’ intuitive athletics. They never came.

Or at least you wouldn’t think so, given the enthusiast press’ response. On Spike TV, directly after the press conference ended, one of the four commentators was asked for his thoughts. His simple, dismissive response: “Where was Zelda?” This, not nine months removed from the release of The Legend of Zelda: Skyward Sword for Wii, and a year after a 3D reimagining of Ocarina of Time for its handheld 3DS. The question is indicative of the general reaction: For every other company, we complained about what was shown. For Nintendo, we complained about what wasn’t.

And yet the exact idea Nintendo focused on—the genesis of its new console, and its touch-screen controller—is a direct answer to all those questioning this year’s emphasis on derivative violence. Here was the pygmy elephant in a room filled with other, larger elephants: its skin, a pleasing hue of blues and yellows, primary colors, somewhat sharper this time around. But nobody noticed it amidst all that spurting red.  Well, at least one outlet noticed: Seth Schiesel writing for The New York Times. To give the new console some context, Schiesel explains that six years ago, when Nintendo launched the Wii, a system with a preposterous name and underpowered hardware, its focus on unique experiences and devotion to new audiences helped propel the system to extraordinary success. But the entertainment landscape has shifted dramatically; in that time, the iPhone, iPad, and Kindle have all launched, and we’ve become a household of solo-screen watchers. From laptop to e-reader to phone to television and back again, we might inhabit the same space but our attention moves with the frequency of Montezuma’s bowels. Noted researcher and author Sherry Turkle wrote about the phenomenon in her 2011 book Alone Together. And in a pre-E3 video conference, Satoru Iwata, president of Nintendo Corporate Ltd., referenced Turkle and her book as the exact issue they hoped to solve with their next system. Iwata said,

New technologies in general have made life easier and more efficient. But we have to wonder what this will mean for the nature of human relationships moving forward. So one of the challenges we set for ourselves was creating something that will help unite people rather than divide them.

The more digitally connected we are, Turkle is saying, the more isolated we become, attached to that burning oracle in our hands. Nintendo’s solution is to fight one paradox with another: a controller with a screen, a kind of tablet fused with traditional controller buttons that can be used together with the television to engender a more social play experience. For games, this might mean offering separate mechanics to two different types of players. But other opportunities abound.

Just as the Wii made bowling in your home possible and more fun than it should be, the Wii U could recast common diversions in tantalizing ways. One example showed how the simple act of sharing an online video can now become a type of play: Bring up your favorite viral clip on your private controller screen, cover the large TV screen with virtual red velvet curtains, then open them up in a flourish to reveal a video of a French cat bored with his existence. What was once a sequence of handing over a phone or peeking over someone’s shoulder is transformed into a living-room theater of intrigue. That’s what Nintendo is pitching. It aims to sell its next console as not just another box that plays games, but a device that strengthens your community. The tagline for Wii U even tweaks Turkle’s concern into a strength: “Together. Better.”

And the gamers and games press yawned. To the fan who plays a hundred hours in Skyrim, the idea of sharing YouTube videos with your mom or boyfriend fails to activate the sweat glands in anticipation. In fairness, the effect also seems unbalanced with the cause. The claim of this second screen improving our lives is akin to Ford touting the life-saving capabilities of Sirius radio. The added functionality may be keen, but Howard Stern ain’t saving my head from possible contusion—that’s the airbag’s job.

Of course, any new tech product launches from a soil fertile with hyperbole. Right now, all Nintendo has shown is a still life of bountiful crops, the platonic vision of what might be: a convincing illusion at best. Bite into that fruit and all you’re eating is press-release paper.

Forgive the metaphor-mixing. My problem in writing about Wii U is the same one Nintendo is trying to solve in marketing its next machine. What does it do? Why is this important? How is this different from the Wii? The fact that mainstream outlets as diverse as CNN and Jimmy Fallon have mistaken the Wii U as an add-on for the previous system is a major concern for the Kyoto-based company.

That so many scoff before even placing one hand on the device is irksome at best, irresponsible at worst.

But the potential for something remarkable exists. That so many scoff before even placing one hand on the device is irksome at best, irresponsible at worst. The sheer fact that, in a pre-recorded video essentially revealing their next huge product to the world, the president of Nintendo evokes “the nature of human relationships” as a singular concern is one of the few things keeping me from losing faith in an industry more and more concerned with the bottom-dollar. To be sure, Nintendo’s decisions also hinge on money; it is a business. But it realizes the best strategy is to wade into risky territory, to try and actually affect positive change. To be derided for this, while others seem content to push out more polygons and slit more throats, reveals too many observers as narrow-minded and grossly unimaginative, with memories slight as octogenarian goldfish.

Nintendo has launched new hardware before based on the whims of an American researcher. Harvard professor Clayton Christensen championed industry “disruption,” or the creation of new “blue ocean” markets instead of competing directly in the blood-red water filled with others trying to out-do each other. The existence of the Wii derives explicitly from this stance—using cheap parts in unusual ways to create new experiences where others have yet to tread. Reggie Fils-Aime, president of Nintendo of America, summarizes Christensen’s idea in a 2007 editorial explaining the company’s recent philosophy:

Provide a new product that actually underperforms on an established industry metric for “progress,” and substitute an alternative that typically is smaller, less expensive and easier to use. Initially, the “core” of any industry will scoff… [But] the next generation of R&D should balance what’s under the hood with what users want to hold in their hands.

Clearly, Fils-Aime had a horse in the race. Based on units sold alone, it’s hard to argue his horse didn’t win. But a new season is upon us, and the situation is repeating itself with the Wii U. The core sees something unusual and looks away. Industry experts question its ability to push graphics, its “power.” But the subjectivity of that term is forgotten. Nintendo doesn’t equate power with numbers. To them, power has always been something you play with. It’s a noun modified by Nintendo’s very identity. Power is creating empathy from lines of code. Power is seeing something in a new way, regardless of pixels or processing speed.

But power also comes with success. Last year, Nintendo lost money for the first time in its history of making videogames. Wii U is the company’s next power play. As competitors race to the clouds, Nintendo stays moored to the ground, on its own path again, peeking under rocks nobody else thinks to overturn. What might it find there? Will others follow? I hope so. But until then, it’s content to work in ways no one else does, seeking answers to questions no one else asks. In an industry filled with followers, Nintendo is alone. Better.