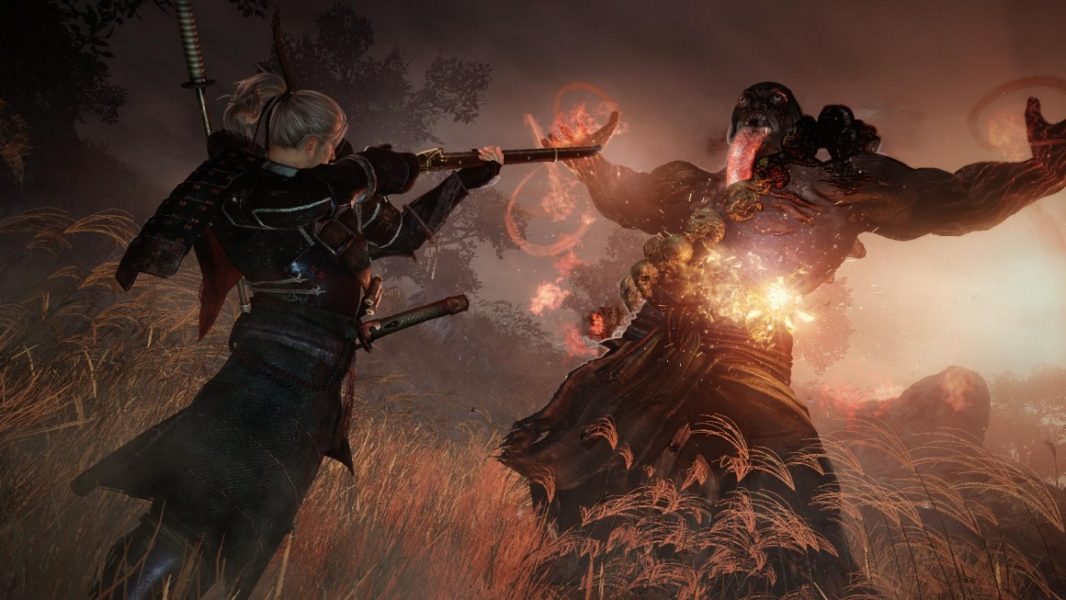 Fumihiko Yasuda, the director of upcoming samurai game Nioh, has been learning a little bushido lately. To bring the way of the warrior to life, he and his fellow developers at Team Ninja focused on how to translate a historic samurai legend into videogame mechanics. Emphasizing the distinct samurai fighting style, Yasuda took up the sword himself to ensure the game would feel as authentic and satisfying as possible. “I’m a little scared of how cleanly I can cut through things [now]. I’m a little hesitant,” he joked at E3, having made the flight over from Tokyo to LA, but fortunately leaving the sword behind.

More than just another action-heavy experience about chopping enemies in half, though, Nioh is part of a small but important piece to Japan’s cultural heritage. The game, which will be released later this year after almost a decade of development, continues the age-old tradition of mythologizing the fearless samurai legacy for a new generation.

Originally, 12th-century samurai stories were memorized by blind monks who played the lute and put on oral performances for crowds. As feudal Japan evolved into a highly-literate civilization (perhaps the most literate of pre-modern times), the people began writing everything down. Because ancient Japanese paper was sturdy and hard to destroy, many factual records of samurai survive to this day, from land titles to the medical descriptions of the wounds warriors suffered during battle. “Documentary recognition was almost a defining element of being a warrior in earlier times,” said Thomas Conlan, a professor of East Asian Studies and History at Princeton.

Nioh is a prominent example of recorded Japanese lore and history crossing over into the digital realm. In the game, the player controls the character of William Adams, a real-life samurai who was one of the very few Westerners to ever serve a shogun. Adams’s ship landed on the Izu Peninsula in Japan over 400 years ago, but his exploits as an explorer were well documented. Thanks to the extensive archival records on his life, the artists and designers at Team Ninja could weave a real samurai story into the game’s fictionalized narrative. “We’ve closely followed what we know about his life. You’ll see that play out in the story,” Yasuda teased, explaining how the game’s arsenal of bows, muskets, and sword stances are the actual weapons that Adams would have had at his disposal. In order to lend the swordplay authenticity, many of the team members studied kendo, a samurai ritual of training with bamboo swords to avoid injury.

However, first and foremost, Nioh aims to be a fun, flashy piece of blockbuster entertainment, as evidenced by the demo Team Ninja showed reporters at E3. A great deal of artistic license has been taken with the samurai code. For instance, the main character practices the Shinto religion, emphasizing the samurai’s well-documented beliefs in animism. However, only a game designer would use this to justify why a pirate from England can absorb little glowing energy orbs that represent pieces of enemies’ souls into his body. “We’ve combined those mythological and fantastical elements with his true story,” Yasuda claimed. To his point, Adams often battles with oni, yokai, and other supernatural spirits from Japanese folklore.

Another samurai-related concept Nioh takes liberty with is the idea of ki. The samurai’s energy force, which also inspired “the force” in Star Wars, has been re-worked to fit familiar action-adventure game mechanics. As the player’s ki depletes, the character grows weaker and loses the ability to strike, giving battles a staccato pace of offense and defense.

Yet while such departures from the scrolls of history may seem to discredit Nioh as a continuation of this Japanese legacy, it only shows how fantastical most modern interpretations of samurai are. According to historians, a large amount of today’s samurai representations are glamorized approximations at best, including the ubiquitous belief that samurai were fearless men (and women) who welcomed or even took pride in death.

“Warriors would not go out and try to die in battle. In most cases, that’s not how they would act at all,” said Conlan, explaining how most true samurai never even saw battle.“But in peaceful times, the cases where people would die became glorified. You can see how this gets idolized by the warriors themselves over time.”

In short, the most beloved re-tellings of samurai stories take a bold and dramatic mythological approach to the past. Whether it is the famous samurai cinema of Akira Kurosawa, which originally inspired Nioh, or the tale of the Taiheiki, which was popularized in the 17th through 19th centuries in feudal Japan, the fantasy continues to inspire Japanese artists to explore this figure of national identity.

At least, that’s how the story goes.