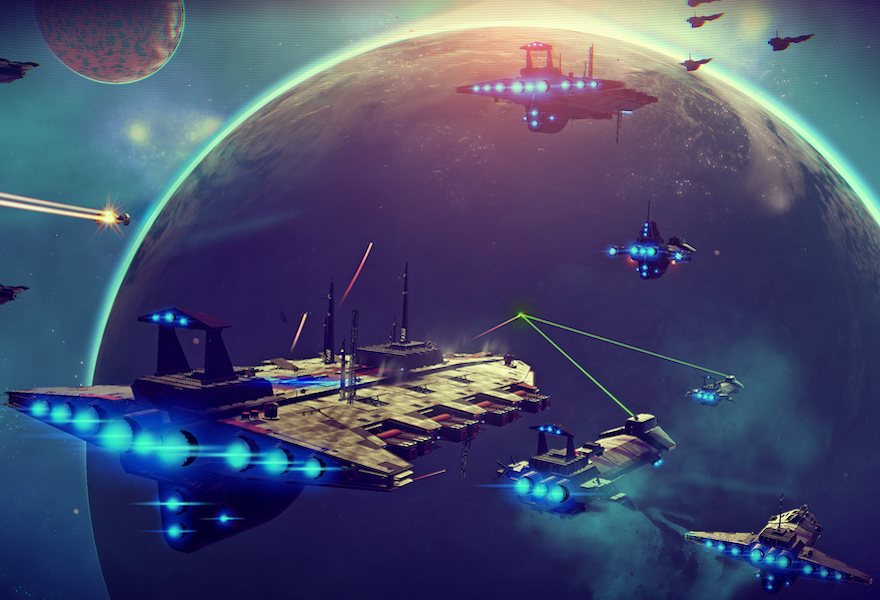 It’s been a little over two years since ambitious space exploration game No Man’s Sky, with its “planet-sized planets” and “universe-sized universe,” was first announced back in December of 2013. Since then, the game’s trailers and various press showings have been great at capturing the imagination, but haven’t exactly shown us too much of just what this game is about. What’s there to do in this massive universe? What sort of creatures and people live in it? What’s this all leading up to? As with J.J. Abrams and his mystery box, part of the excitement of No Man’s Sky comes from the not knowing. Still, like Lost fans waiting for the next episode after a cliffhanger, all of our burning questions are starting to get to us a little. Thankfully, it seems we needn’t wait much longer, as Sony’s PlayStation Blog has finally revealed that No Man’s Sky will be landing on PC and PlayStation 4 on June 21st, 2016.

For a title that’s been so shrouded in mystery, knowing that it will soon be an actual thing that I could go buy with the physical cash sitting in my pocket feels a little bewildering, and it seems I’m not alone on that. “I can’t really imagine what it will feel like to walk into a shop and see our game on a shelf,” writes the game’s lead designer, Sean Murray, after announcing that it will also be coming to Blu-Ray. Likening it to seeing the successful LittleBigPlanet series on stage at E3 for the first time, he continues “I can’t believe we’re about to follow in their footsteps as an even smaller studio with their game in real, actual shops.”

At the end of its second season, Adult Swim’s Rick and Morty perfectly captured the simultaneous pain and elation that comes with being excited for something while not knowing when it’s going to come or what it’s going to entail. As Mr. Poopy Butthole writhes around on the floor, endlessly speculating about the next season, I can’t help but see a bit of how I’ve felt in the lead-up to No Man’s Sky. But now the question of when has been answered. All that remains is to hop in my spaceship and find out the ‘what’.