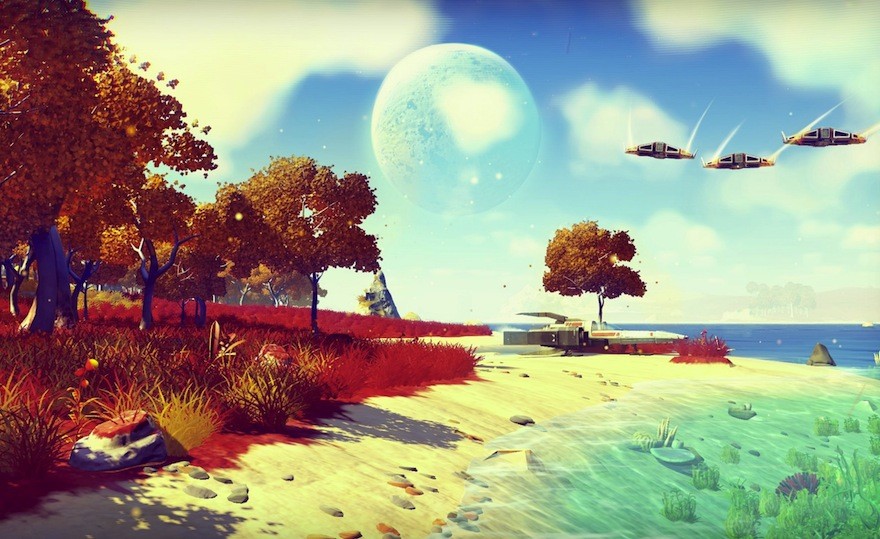 “Procedural generation” doesn’t exactly roll off the tongue, but hearing about how it’s used in the space-flight game No Man’s Sky is pretty fascinating. Speaking to Edge, Sean Murray of Hello Games describes all the crazy, unexpected things that can happen when relying on artificial intelligence to automatically build landscape formations:

I run the game and I charge about an environment and find some caves and think, ‘They look good!’ Then I fly to another planet and see that they look terrible, and they’ve created some kind of crazy landscape. And then you fly to another and there are no caves, and then [on] another there’s water in the caves, because of where the sea level is on that planet, and you dive down and find that there’s actually some small bacteria-based life there, and it comes as a total surprise.

This sounds less like game design and more like actual space exploration, which has to make the work day pretty exciting. Murray first crafts a few land and water masses by hand, and then slots them into a procedural system that reshapes and distributes them across the game’s vast expanses, because it’s just too big to do by himself. Then, off he goes a-wandering.

This is something we are seeing more of as games swell in size. The usual argument against it is that people just design better levels than computers do. As Murray explains, procedural generation is more of a collaboration between machine and man, and the results are that he can build awesome things, like caves filled with surprising bacteria-based life.