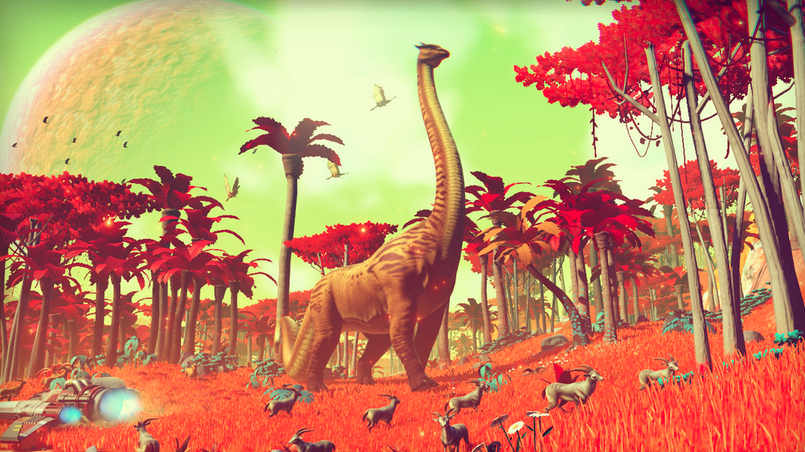 You’ve probably heard the yada-yada about how No Man’s Sky uses procedural generation to create big boundless worlds and thought, hey, that’s pretty cool. But it’s even bigger than you can imagine. Listening to Sean Murray of Hello Games speak, it just may be as expansive as the physical universe itself.

So how big is it? Well, as you may know, all players play in the same connected virtual world. “But we’re the opposite of an MMO,” says Murray, explaining how the space is so expansive that you’re extremely unlikely to ever encounter another player in it. “We’re dealing with planet-sized planets. Even if a million of us played on one planet, we’d still be really far apart,” he explains. When you think about this on the scale of the universe that Hello Games is creating, you start to feel pretty small.

Below’s a mere taste of the depths: