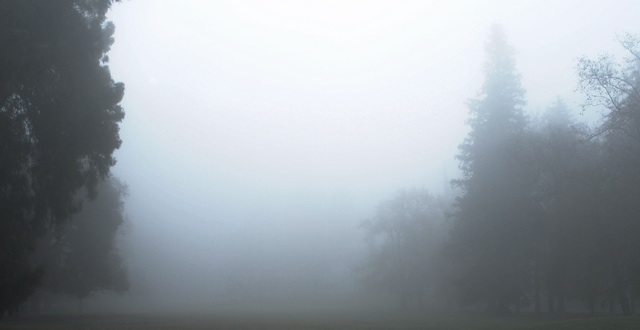 In the game, I am going down yet another seemingly endless hallway. It is dark, with only a single flashlight clipped onto my character’s jacket. When he runs, this spotlight sways a bit, left to right, the dark caked-in grime of the walls changing pattern and occasionally breaking for a door.

In the real world, playing the Silent Hill HD Collection on an oversized, non-high-definition CRT television, I feel this strong pull in my stomach. I’m hungry, deeply and intensely hungry. I know, from years of experience, that eating won’t actually do anything, that what I’m feeling isn’t actually hunger. It’s the inside of my stomach squeezing in on itself. If I keep playing, I’ll feel the inside of my stomach squeeze, and the nausea will get more intense. I will vomit. I pause the game, and go outside for some fresh air.

This happened to me the first time I played Silent Hill 2, too. This deep unsettling nausea only happens when I play a certain era of videogame. There’s a stretch, roughly correlating to the rise of the first PlayStation in the 1990s through the end of the PlayStation 2 a half-decade ago, that constantly causes problems. The blocky textures, the greys and browns that blend into each other, the jerky movement, the dimness; all of these work together and cloud the way I think about space. I get motion sickness. In most new games, with their smoother controls and cleaner graphics, I can distinguish between objects and feel fine. The pixel abstractions of eras past are even easier on the eyes. I thought I’d be immune this time: I’m playing Silent Hill 2 as part of a high-definition re-release. The promise is, the same game you’ve always loved in a slightly more impressive coat of paint. I thought that’d be enough.

Silent Hill 2 is a classic for many reasons—for its creepy atmosphere, its outstanding audio design, its psychosexual story that takes Cronenberg’s body horror with Lynch’s examination of what underpins Small Town, USA. It is part of the modern videogame canon, enough that it’s earned a remake. In the game you play James Sutherland as he arrives at the quiet, lakeside town of Silent Hill. He’s there to find his wife, who has just sent him a letter telling him she’s waiting for him at their special place. She’s been dead for three years. You go into the fog-covered town trying to figure out what exactly is going on, while dealing with undead nurses and torso-less mannequins. It’s a survival-horror game—where a premium is placed on suspense, horror, and puzzle solving over combat—but unlike the most famous entries in the genre, such as the first two Resident Evil games, the scares in Silent Hill aren’t the jack-in-the-box kind. There is a sense of dread that shrouds the game.

The scares in Silent Hill aren’t the jack-in-the-box kind. There is a sense of dread that shrouds the game.

When I interviewed Devin Shatsky, a producer attached to the series, he told me that the primary influences weren’t contemporary horror movies, but films like Jacob’s Ladder and Rosemary’s Baby. While we were on the subject of movies, I asked if the developers had been tempted to change the game, given that a decade had passed since the original release. While film remakes are very common, rarely are they shot-for-shot remakes the way a videogame like Silent Hill 2 is remade. Gus Van Sant’s remake of Psycho is often cited as a pointless formal exercise, as is Michael Haneke’s English-language remake of his own Funny Games. According to Shatsky, only the voices had changed; and even then, there was the option to play with the original actors. Silent Hill is supposed to be suspended in amber as an artifact to be played, not to be reinterpreted. That’s why the game is mostly unchanged, and that’s why I feel sick to my stomach, even now, hours after playing.

This isn’t a bad thing, this impulse to archive the medium. There is no centralized format, so there is no easy way to play old videogames. But what happens when the act of archiving breaks down, as it does in Silent Hill HD? The audio is out of sync. The game stutters in places, and slows to a crawl in others. My character’s walk animation seems stuck, like he’s doing the can-can through the streets of endless fog.

There is a long walk into town, at the beginning of the game, along a forested path. In its original incarnation the walk is all foreplay, a piece of moody tension that makes you tight as piano wire before you’re even in any real danger. There is no music, just James, breathing, the soft carpet of leaves giving way to each step, the dense fog obscuring everything but a few steps around you. A growl can be heard, then loud barks. Spin around and there’s nothing. Behind you is the road you came in on, and that leads nowhere. So you charge forward, the sounds get louder, the intensity boiling over, and you reach a gate and jam on the X button.

Play that scene again in the HD Collection: James starts to walk down the winding road. He doesn’t really walk, but keeps putting his right foot forward, kicking into the air, like he’s doing an early-morning Riverdance. The game slows in parts, the disc revving up in the drive, shredding the seamless pace into confetti.

What was an effective prologue becomes a case of technology turning against itself. This is not uncommon in other media: I remember watching a DVD copy of the Russian sci-fi classic Stalker that was copied from a print where the coloring was off. But that’s a fairly obscure film. You will never see Citizen Kane go out-of-print or become otherwise unavailable to watch. Silent Hill 2 is a popular game, talked about fondly in critical circles, and a fan favorite; and only 10 years on, it’s become a different game through the technology available to me. I don’t know the challenges that come with porting a game onto another system, but I can guess that everybody at Hijinx Studios tried to the best of their abilities. Maybe porting isn’t as easy as we think it ought to be.

Another scene: It’s the end of the first act. James is convinced that his wife, or at least an answer, is in a park they used to visit together. He gets to the ledge at the edge of the lake. A woman is there, her back turned. By now, you’ve probably gazed at the photo of Mary, his dead wife, in your inventory once or twice. The woman turns around and … it’s Mary, but she introduces herself as Maria. She could be Mary’s double—another Lynchian leitmotif—but she exudes sexuality, something Mary apparently never did. James is confused and frustrated. After discussing where he should go next, Maria tags along with him.

What was an effective prologue becomes a case of technology turning against itself.

The scene holds itself together only just. The acting isn’t spectacular, but the scenario is so weird—man searching for his undead wife, but finding her sexualized doppelganger—that interest holds out and I buy into it because I’m invested. When the mouths still move after the voices stop, suddenly that bit of disbelief cannot be suspended. The focus breaks away the mood, the rendezvous in the fog-covered park by the water; and turns to what these characters are saying. Why is James telling this woman about his dead wife 30 seconds into their first conversation?

I’m still sick from the last time. Whenever I play Silent Hill 2, I feel like my body turns against me, betrays me. Maybe Hijinx feels the same way. The studio wanted to recreate a classic, bringing the near-past into the present. Maybe the game it wanted to make was betrayed by its medium.