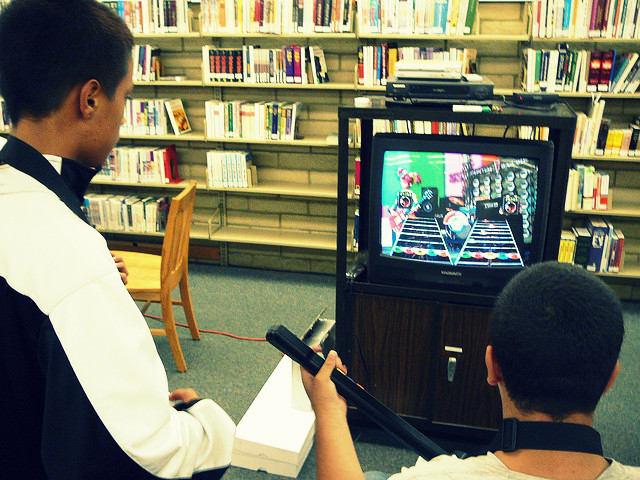 It seems that somebody at New Jersey’s Patterson Public Library system didn’t get the memo in 2011 that the Supreme Court ruled in favor of games as a form of protected expression. The library system reportedly banned people from playing computer games in the library, catching the attention of the National Coalition Against Censorship (NCAC) in the process. Naturally, the NCAC was none too pleased, offering a letter of protest:

Video games are protected speech under the First Amendment and, as such, cannot be regulated or restricted by public officials in response to concerns about their message or content. In its landmark 2011 ruling, Brown vs. Entertainment Merchants Association, the Supreme Court held that state regulation of violent video games is unconstitutional and that video games “are as much entitled to the protection of free speech as the best of literature,” (Brown v. Entertainment Merchants Association, 2011). The Court struck down a California state law restricting the sale of certain videogames depicting violence to minors. The Library’s action in banning the use of certain games because some people object to their message or content is equally constitutionally problematic.

The First Amendment is often tricky, chiefly because almost every time it gets brought up, someone is unhappy, offended, or feeling threatened (often for a very good reason). “Offensive speech” is the toughest thing on earth to navigate, since it’s possibly the most subjective thing in the human world.

This time, however, it seems like an easy case. Games get a very bad rap – and again, one that’s not entirely undeserved – but painting an entire medium with a broad, negative brush is an insult to the concept of a public library as a forum for the free exchange of ideas.

I mean, don’t these people know that MineCraft is being used in classrooms (those are even more restricted than library reading rooms, you know!), and Portal is being used to teach physics? Maybe the folks in Patterson just need to be made aware of the good stuff that’s out there encouraging young minds to explore and build, not just rotting them away with ultraviolence.

And even when that ultraviolence flows freely, and the brain-rotting capacity of a game is at a maximum, a public library is no place for censorship.