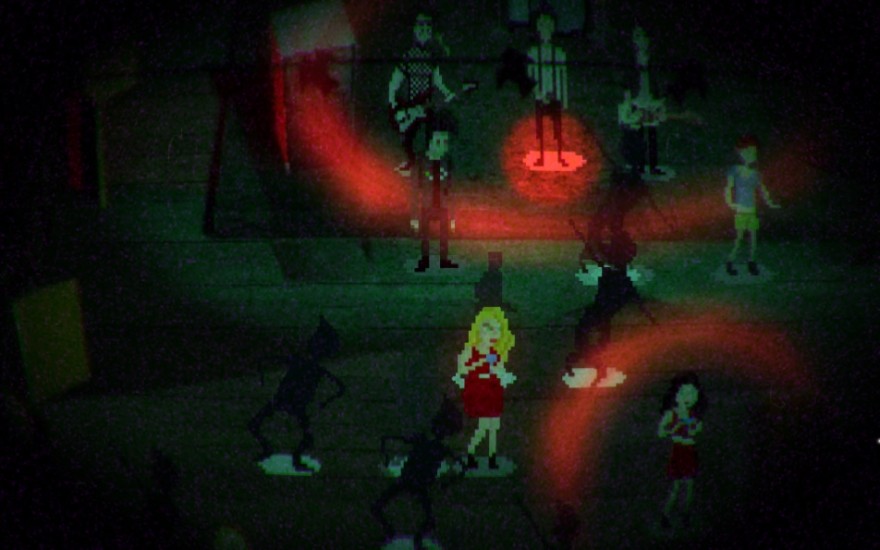 Marc Masters makes this statement in his 2008 book No Wave in reference to those at the white hot center of anti-commercial and underground music, film, and performances in the city during the ’70s and ’80s. Scraping guitars, reused and scratched film reel, guttural screaming, trash sculptures—anything went, so long as it was raw and abrasive.

their anguished musical textures rip through your ear drums.

Out of it came bands that would influence industrial music, darkwave, and metal such as Sonic Youth, Swans, Birthday Party, Foetus, and Lydia Lunch. What connected these artists wasn’t a genre or movement, but an attitude. Lydia Lunch said it best to Masters when describing what it was that drove her performances:

When these bands performed their lives and resulting emotions were immediate. Genesis P-Orridge of Throbbing Gristle’s (considered to be No Wave but not part of the scene) distressing wall-banging, screaming, and repetitive rocking during this performance of “Discipline” stands as a good example. You saw No Wave bands live on stage to feel their torment, share their sweat, and have their anguished musical textures rip through your ear drums.

It’s this type of staged performance that Jim—a leather jacket with a quiff from —discovers in Dorian SRed’s short videogame No Wave. As Jim, you go into a club notorious for its “wild side”, and that Dorian describes as being “repulsive but attractive”, which reminds me of Michael Gira’s (singer and songwriter of Swans) reasoning for the name of his band—”Swans are majestic, beautiful looking creatures. With really ugly temperaments.”

Inside the club, the bouncer offers you “red candy” and “green candy” before you head on in. As a result, you’re now high on some drug, so you can stand and listen to the band inside but, inevitably, will end up wrecking the joint, or yourself. Hang out in the dingy back rooms with the smokers, piss in a urinal next to an unconscious dude, or try various other acts of stupidity that only a person out of their mind would dare. You win, you lose; it doesn’t matter.

Dorian’s tribute to the No Wave performers of matches his being part of self-described “no wave” band Red Digital Noise (one of their songs features in the game). No Wave is his first videogame, made in just 48 hours for GameDevParty, and he’s currently working on another with bandmate Trevor Reveur.

You can play No Wave in your browser right here.