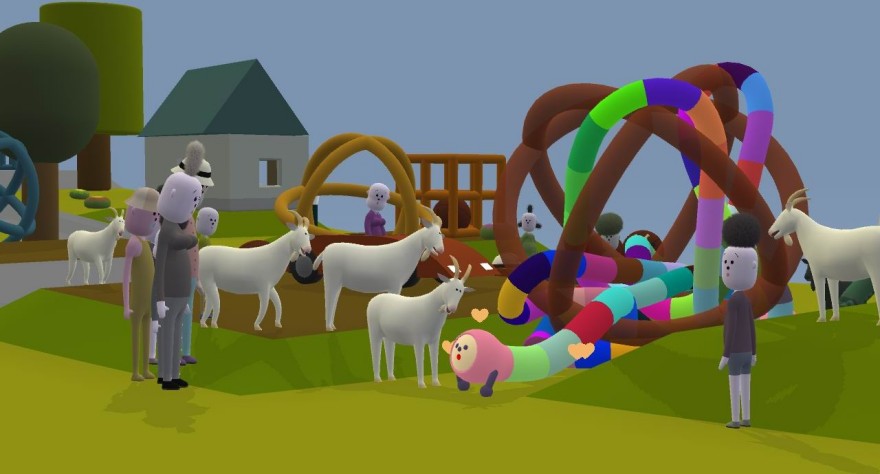 Around March 9th, 2014, GIRL became the first worm-like quadrupedal videogame character launched from Earth to reach Neptune. She did this thanks to the untold hours of hard work by players of Noby Noby Boy, Katamari Damacy creator Keita Takahashi’s game about stretching, which allowed players to submit their “total amount of stretching” points to a global pool. This pool determined how far the spacefaring GIRL, in turn, had traveled, unlocking new levels as she reached each planet.

Despite developer estimates of one to two weeks, players collected enough points for GIRL to reach the moon within four days. The last milestone was in late December of 2011, when GIRL reached Uranus. GIRL’s five-year, 2.7-2.9 billion-mile journey to Neptune means that it reached the eighth planet 4.4 times faster than Voyager 2. Kill Screen would like to congratulate all GIRLkind on this accomplishment.