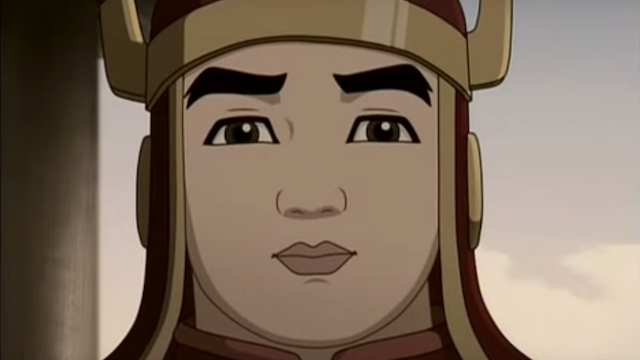 North Korea dropped a bomb. “It was confirmed that the H-bomb test, conducted in a safe and perfect manner, had no adverse impact on the ecological environment,” Pyongyang announced, by way of the Korean Central News Agency. “The initial analysis is not consistent with the claim the regime has made of a successful hydrogen bomb test.” Even if it’s not the “H-bomb of justice” the KCNA makes it out to be, we must now talk about the bomb—including the Security Council, which will discuss further sanctions—and that’s the point. When your foreign policy is also a content strategy, it barely matters that “DPRK News Service” on Twitter is a fake account. A retweet’s a retweet. Welcome to kleptocracy-by-clickbait.

“In the game, players are prompted to go on missions to defeat the enemies of the young general Swoeme, which means ‘Iron Hammer,’ a brave warrior-commander of the Koguryo kingdom that lasted for about 700 years and ruled most of the Korean Peninsula and the heart of Manchuria until its downfall in AD 668.”


The game’s political parallels with another supposedly “brave warrior-commander” aren’t exactly subtle, but subtlety is neither North Korea’s forte nor its likely end goal. As a piece of content strategy, Boy General is a brand extension for the nation’s venerable animated series of the same name. The show’s original 50-episode run that ended in 1997 and was revived by Kim Jong Un last year. Vice reports that the titular prince in this revival is no longer a boy. Like Kim Jong Un, he’s now a man. Go figure. Anyhow, the hero is fighting to preserve the nation and its purity, and with higher production values to boot.

even the Supreme and/or Dear Leader must have a strategy for second screen experiences.

The revitalization of Boy General’s IP comes at a curious moment for North Korea. On the one hand, the nation is still generally isolated and desperately poor. The country is not, however, completely off the grid. Particularly in Pyongyang, there are enough screens and pockets to allow for media consumption. “State-run TV is dominated by bland fare of old propaganda movies and news programs praising the country’s leadership,” writes Talmadge, who notes that media from South Korea and China regularly crosses the border. Boy General’s higher production values are best understood in this context as a way to combat viewers’ ennui. Content strategy is about securing mindshare, after all, and even the Supreme and/or Dear Leader must have a strategy for second screen experiences.


Boy General is not, however, North Korea’s first videogame. Nosotek, a North Korean developer founded in partnership with foreign investors, released the browser car-racing game Pyongyang Racer in 2012. In the game, which no longer appears to be online, the player drove a car around a track that vaguely resembled the country’s capital. Insofar as Pyongyang already looks like the city time left behind, the game’s primitive (for 2012) graphics did it no favors. Its world is deserted; buildings are few and far between. Judging by the gameplay videos that remain online, Pyongyang Racer flattens the perverse architectural charms of a city The Guardian’s architecture columnist Oliver Wainwright likened to a Wes Anderson film set.

The great irony of this game, which made Pyongyang look even less appealing than it actually is, was that it was designed to attract tourists. Koryo Tours, a company that arranges for foreigners to travel to North Korea and currently boasts on its website that it is recommended in “Lonely Planet,” published the game. Although foreigners do travel to North Korea, there is no concrete evidence of a tourist being persuaded by Pyongyang Racer. That is understandable: the game was unbelievably grim.

What was our most popular book of 2015? Find it in our library catalogue! https://t.co/hmfeCmGKCj (UN only) pic.twitter.com/niGXUxHtGt

In addition to being more uplifting than Pyonyang Racer, Boy General appears to be less concerned with international audiences. This domestic focus is in part attributable to technological factors. Unlike Nosotek’s racer, which was easily diffused online, Talmadge notes that Boy General is shared using Bluetooth. But Boy General’s particular focuses as a game ultimately come down to the idea of politics as content strategy. Games and TV deal with the situation in Pyonyang; bomb tests, on the other hand, simultaneously provide content for the domestic and international markets.