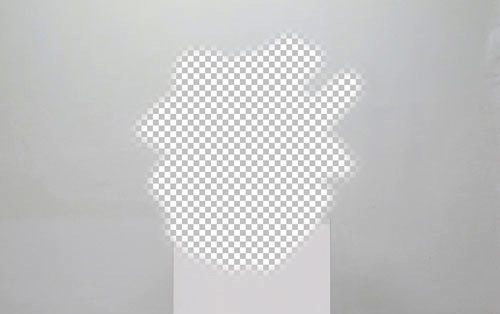 My Holy Nacho is an artwork based on a misunderstanding. Originally it was to be called Moholy-Nagy, but that got wrongly translated as My Holy Nacho in a noisy drinking establishment, and the title stuck. That gave the artists Jamie Allen and Bernhard Garnicnig an idea. They purchased a sculptural object online, and are in the process of shipping it to ten separate manufacturers, who they indirectly instruct on how to process and manipulate it, over the Internet, of course.

Not even they know what their sculpture will become, because the changes are made without them seeing the outcome in between. The idea is fascinating, meant to illustrate how we don’t know what happens in physical warehouses when we purchase an iPhone case on Amazon. It’s based on series of paintings artist László Moholy-Nagy ordered in the 1920s, by giving a factory supervisor precise instructions over the phone. They hope to enact the same ambiguity, as they talk about in this interview with We Make Money, Not Art.

The sculpture itself will likely turn out to be godawful, but in this case, it’s the thought that counts.