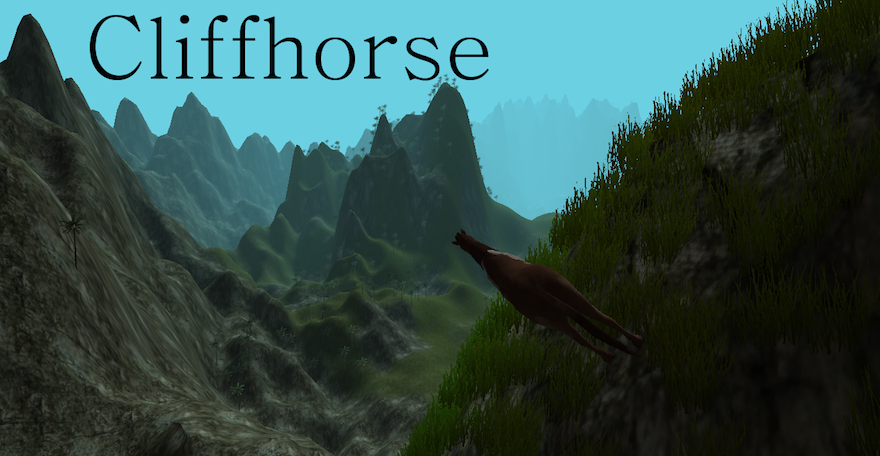 Cliffhorse—Notch’s new horse-trotting sim where all you do is run over green hills—is perhaps a riveting work of irony ridiculing lazy, unfinished games on Steam Early Access. Or maybe the Minecraft creator just has a thing for horses walking sideways on cliffs. Either way, it’s a new game from Notch, so we should pay attention.

Admittedly the first theory is more interesting. Nothing against strong, solid-hoofed mammals. It’s just Notch’s message on the Cliffhorse domain jests about buying “early access’” and that there’s no guarantee of future updates, seeming to call out the newfangled service that lets eager beavers pay to play games long before they are ready for prime time. The timing makes sense. After all, Valve just recently updated their Steam guidelines warning us that games on Early Access may never be completed, after a handful of games have hit the skids.

And it also makes sense that Notch would have an opinion on the matter, given the success of Minecraft, which sold millions before it was properly released and helped propagate the whole idea of paying for games while under construction. Is Cliffhorse a silent shout for devs to step up and finish their projects?