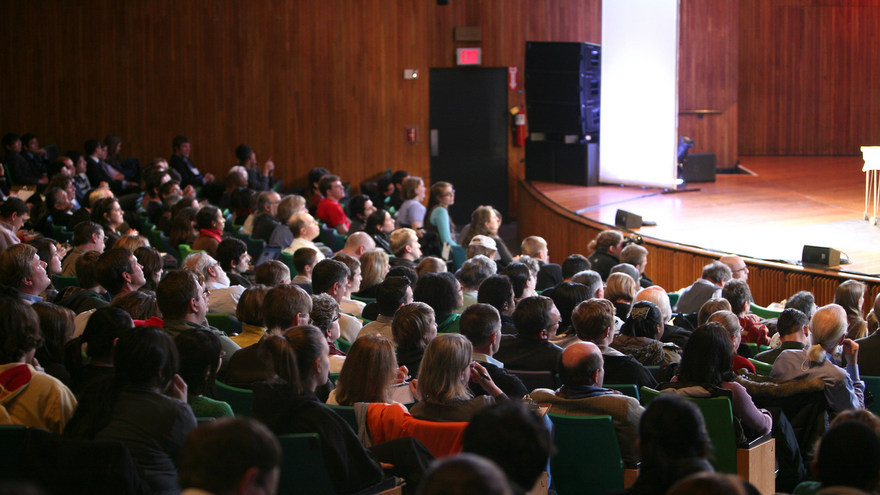 Three months had passed since my last NYC Games Forum event, though plenty had occurred since my last appearance. The dev-focused meetup had hosted lessons on procedural generation, HTML5 game coding, voice acting, and numerous other sessions, all meant to strengthen the game development knowledge of those struggling to launch their game careers.

Though attendance for these lessons remains modest and only recently rose into double digits for the first time, the April Playtest Night event that I experienced netted over 200 attendees, roughly twice the amount of the first Playtest Night in October of 2013. The borrowed space in a conference room and a narrow hallway at Microsoft HQ in Manhattan bustled with enthusiastic new developers—but where were all of these newcomers at the various other goings-on meant to help their careers? Feedback, after all, only provides one piece of the puzzle of making a great game.

According to a Game Developers Conference’s State Of The Industry 2013 survey, 51 percent of those who self-identify as indie developers have been indie for less than two years, and “indie developers” made up a whopping 53% of the conference that is traditionally a gathering of industry veterans from major studios.

The sheer amount of recent newcomers to game development is spurred on in part by the proliferation of free and easy-to-use game creation tools such as Construct 2 and Unity 3D, which is the engine behind Broforce, Night in the Woods, and Monument Valley, to name a few. Nevertheless, the NYC Games Forum recognized that tools aren’t enough to grow the community, and saw an opportunity to equip those in “Silicon Alley” with knowledge and networking opportunities. The goal is to help turn hobbyists into professionals with an audience. But it also illustrates, to a lover of the medium, the rocky road a game must travel to even exist.

It’s difficult not to feel a tiny bit skeptical about the chances of success for all of these new developers when there is so much competition, least of all from enormous developers who have the resources to plaster Sunset Boulevard with 20-story ads. Attending Playtest nights over time begins to make you cynical: you recognize games that were unable to meet their Kickstarter goals, games that were lauded at festivals but are struggling to connect with bigger audiences, and those teams who aren’t quite part of the in-crowd and whose games fade into obscurity. You wonder if the Games Forum lessons are even being heard.

There’s a story in each of these cases, but the tale of the struggling newcomer is especially relevant as we read Heartonomy’s recent postmortem for their game, Starlicker—“an unsuccessful game in almost every way imaginable.” With their postmortem, they share several bits of wisdom that they wish they’d known months ago for the benefit of other newcomers. “In this business, we hear a lot about the success stories, but not as much about the failures,” writes founder and designer Hayden Cacace.

On the topic of playtesting, Cacace had this to say: “Playtest early and often. The value of fresh eyes on a game can not be overstated.” But playtesting is only as valuable as the willingness to accept negative feedback. “Really, actually listen to playtest feedback. Playtesters say lots of different things after they try a game. The designer will disagree with all or even most of their suggestions.”

Both Cacace and Heartonomy co-founder Rudd Zwolinski urge new developers to start with simpler concepts when scoping their first-time projects, noting that inexperience makes complexity all the more challenging. Says Cacace, “We let the scope grow wildly beyond what we could actually deliver on at the quality bar we wanted. To make matters worse, we were living off of our savings, and it’s frightening to watch your bank account balance dwindle, and this fear clouds good judgement.” Noting that rushed work is evident regardless of studio size or reputation, Cacace adds, “Game production is game production, and there is no exception for indie games.”

I spoke with NYC Games Forum community manager Emma Larkins (who offers great advice in her interview with The Optional) on the topic of leveraging the group’s offerings. She had this to say: “For people who want to take full advantage of the community, you have to be open to really learning what it takes to make games, and not just writing code. If you want to make money off of it, it will have to be a business. If you want to find your team, you have to put yourself out there and network.”

I couldn’t help but think about all of the noticeable absences of game makers in the city at the numerous events hosted by community members; many times, I’d tried to do a search for someone on Twitter—or for a game they’re close to completing—and came up completely empty-handed. One might suspect that the community itself isn’t very welcoming, but in fact I’ve witnessed very little snobbery or exclusivity; even teams with disparate goals sing each other’s praises.

Granted, in the same way that a book store separates its wares by genre, the Games Forum attendees and their various visions and goals result in the formation of classifiable groups: the avant-garde, the mobile-only puzzle teams, big-studio alums with classical training, tabletop developers, and a fifth group consisting of, again, newcomers who are at the periphery. When Larkins outlined for me what makes the Games Forum so great for the community, “inclusiveness” is one of four key words she used to describe the group.

But to be sure, even with all of the reciprocal praise and inclusiveness, community can’t save every game; not everything can become a hit or evolve beyond the prosaic stages of early development on courteous enthusiasm alone, no matter the amount of feedback and retweets. Not every game is created equal, and there are objectively worse games amid the crowd, ones I’ve learned to walk past quickly. It doesn’t take a lot of searching to find that there are a lot of these “indie” games out there. That may indicate a bubble poised to burst, but the truth is that few will ever escape the other bubble: the indie dev community bubble.