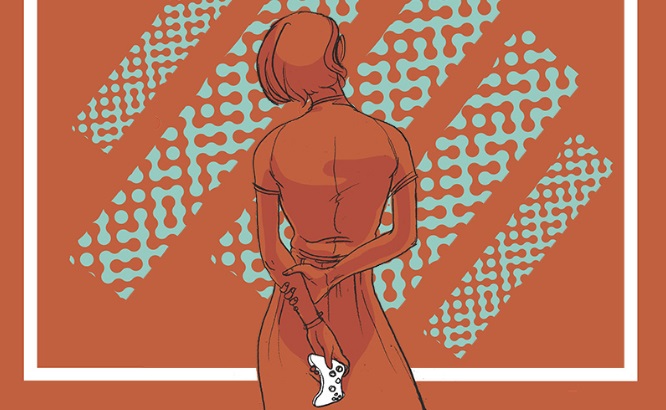 Famously, the videogame space can be an unpleasant place for women. From professional game designers to the most casual game players, women have repeatedly encountered a two-fold problem when exploring the world of videogames: our experiences are continuously ignored (often accused of being “fakes”) and suffering a slew of personal attacks.

Last week, the NYU Game Center, the Game Design program within the Tisch School of the Arts, announced the Barlovento Scholarship for Women in Games. It’s aimed at women who wish to pursue a graduate degree in game design. The scholarship is funded by the Barlovento Foundation, whose founder, Vanessa Briceño, graduated from the Center in 2015 with an MFA in game design.

Beginning in Fall 2017, all female-identifying applicants to the Center’s MFA program will be automatically considered for the scholarship, which will grant full tuition for three MFA students over the next six years. Briceño views this as just one part of the Barlovento Foundation’s mission to open doors for women and girls interested in game-making and coding.

“Our goal with the Scholarship is to encourage women to pursue game design as a career and to see the industry as expanding and inviting,” said Briceño, who is currently working as an independent game researcher and writer based out of Houston, TX. “It is vital that we send the message that women are welcome and needed as diverse voices and creators within the gaming industry.”

Frank Lantz, chair of the Game Center, has expressed his full support: “The game industry, and technology in general, can be a hostile, unwelcoming place for women. We want to do everything we can to overcome this problem. We want to send the message that women’s voices are needed in game design. We need their perspective, their creativity, their passion, and their energy.”

For more information about the Barlovento Scholarship and the NYU Game Center, go here.