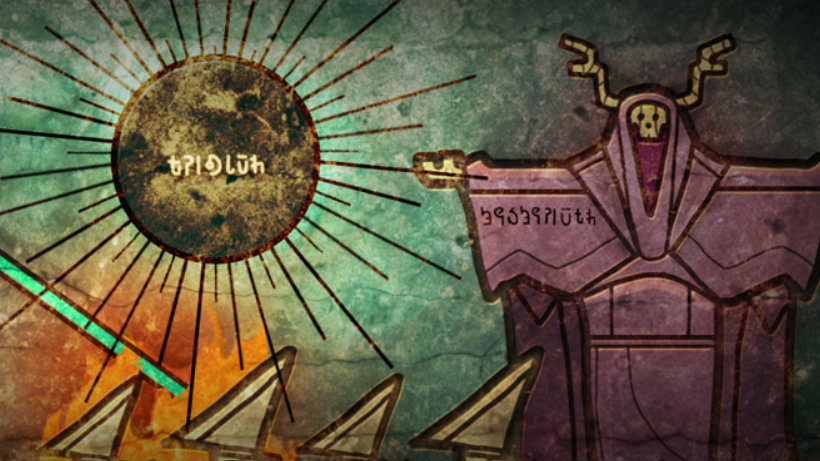 In the nineties, Zelda fans looking for a game to tide them over between intermittent installments in the series had quite a few options to consider. Games like Crystalis, Ys and Neutopia all offered up vast 2D worlds to explore, and each were filled with plenty of action, loot and secrets. While some of these games were unabashed clones, many of them—particularly the Sega Genesis entries—tried to do something unique to help set them apart from Nintendo’s beloved franchise. Crusader of Centy had its pet system, while Beyond Oasis introduced spell-casting companions and deteriorating weaponry. One Genesis Zelda-like in particular, Landstalker, was able to truly stand out by shifting the player’s perspective to an isometric view. In theory, this opened up new puzzle elements and platforming opportunities not afforded by a top-down perspective. In execution, it resulted in hard-to-read environmental puzzles and moments of infuriating platforming that only hampered an otherwise stellar experience.

The recent iOS release, Oceanhorn: Monster of Uncharted Seas, is a game very much in the same boat as Landstalker, and one which faces some unique challenges all its own. Landstalker’s obtuse, confusing puzzles and platforming elements were ill-paired with the camera’s perspective, and an isometric game like Oceanhorn—which pools from the same source material and relies on touch-based controls—would feasibly encounter similar setbacks. But if Landstalker is a game which failed to understand the limitations of its hardware, Oceanhorn is a game which caters to its platform to a fault. The end result is a watered-down Zelda-like adventure that favors playability over ambition, and, in turn, creates a plain-sailing experience that isn’t terribly fun to play.

An unapologetic tribute to the action-adventure genre, Oceanhorn blatantly apes the premise, aesthetics and mechanics of The Legend of Zelda series. It stars a mute hero seeking three relics connected to the Gods. It has Moblins, Peahats and Deku Scrubs. It’s set in a once prosperous, now water-sunken land. There’s an ancient musical instrument. You do a spin attack. Everything in the game feels familiar, and we’ve seen it all before. Why then, does an iOS game like Oceanhorn come along and emulate so much from the Legend of Zelda series, but ignore its model for touch-based play?

The Zelda franchise is one very much at home with traditional, dedicated physical buttons, but the series is not averse to alternatives. Since 2006, each new entry has embraced motion and touch-based interfaces in some form or another, and the two DS Zelda games—Phantom Hourglass and Spirit Tracks—both made a smooth, intuitive transition to touch-based mechanics. Those games embraced everything the DS had to offer, with puzzles incorporating touch and sound. You drew paths for boomerangs to follow and phantoms to walk, and huffed air into the microphone to blow out candles—puzzles that weren’t possible on any previous Nintendo platform. Put simply, these Zelda entries made the most of the hardware they were presented on.

Oceanhorn doesn’t. While the game has been widely compared to Wind Waker and Phantom Hourglass, these comparisons are mostly for aesthetic reasons. The game actually plays quite differently from the two, shedding the full 3D exploration of Wind Waker and abandoning the top-down view of Phantom Hourglass. The result is layered isometric island landscapes which rise and fall, and from your view, will at times block segments of the screen. Oceanhorn’s Arcadia may be visually similar to a sunken Hyrule, but its anomalous isometric presentation would be unnavigable without directional input. Thus, Oceanhorn opts for the virtual joystick, and as a result, plays down to those limitations.

Now, I generally hate virtual buttons. Segmenting off an area of the game screen to cover with my thumb and relegate movement seems counter-intuitive. Oceanhorn’s attempt at controller mimicry hasn’t gotten me fully convinced, but at least feels like a step in the right direction. The free-floating, invisible joystick is responsive enough to allow for decent maneuvering during combat, but the game tries to not introduce anything too complicated that might turn controlling the affair into a frustrating mess. By doing so, players are left with facile combat and dull exploration filled with “puzzles” in the most generous sense of the word.

The numerous islands scattered about Arcadia are, at first, hidden, and the only way to discover more is to talk to townspeople, find message bottles or interact with certain aspects of the game world. As you play, more locales are uncovered, and each newly found island is filled with treasure to discover. Many times you can see it right off the bat, but you’ll need to find the correct hidden path, bombable wall or distant switch to reach it. The game keeps it simple, avoiding complicated isometric puzzles and platforming. Eventually, though, these tricks begin to repeat, and exploration becomes devoid of any true head-scratchers or sense of discovery. Worse, the hidden chests you are rewarded with are commonly filled with consumable items—the same ones you can find slaying enemies and cutting bushes.

The whole affair is quite playable, but the price of that playability is simplicity.

Navigating the dungeons and solving the puzzles within is also generally a breeze. There’s a whole lot of block pushing here—onto switches, out of the way, off of ledges—and some rather simple uses of your inventory tools (i.e. bombing walls, shooting arrows at targets). The spells you earn can be used to drop rocks onto switches, melt ice or light fires, but they’re never put to very clever use. Ice blocking your path? Burn it with the fire. Sometimes you encounter truly uninspired design, like an empty room with a shut door and a switch. However, there is one singular puzzle that stands out as a true challenge, but not because it is hard to solve. Without giving too much away, let’s just say this frustrating segment involves a timer, and taps into Landstalker in all the wrong ways.

The Zelda series is one known for its epic scope, tight, varied combat and challenging puzzles. Oceanhorn—if it is to be remembered—will be so for its tired tropes, stunted gameplay and sloppy amalgamations of everything Zelda. The game’s combination of isometric angles and virtual controls should be a disaster. The whole affair is quite playable, but the price of that playability is simplicity. For a game aiming to replicate a series beloved for nuanced gameplay and meticulous puzzles, that is a very hard price to pay.