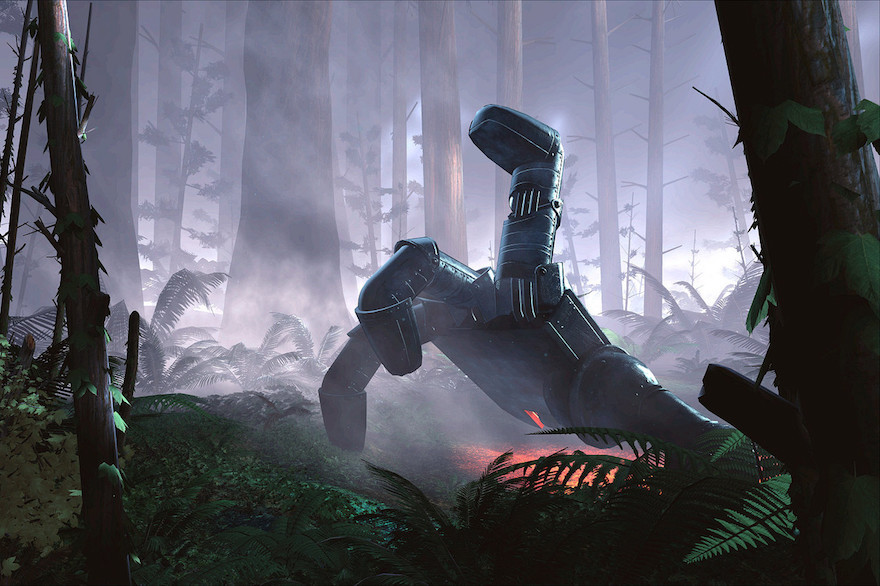 Before Facebook bought Oculus last year, the section of the public that knew about the virtual reality start-up figured the Rift was a piece of gaming technology. Facebook’s purchase seemed out of the blue—were people going to use virtual reality for social media somehow?—but Oculus has hopes that their device can be used for non-gaming applications.

One of those, it’s now clear, will be movies: Oculus unveiled its new in-house lab, Story Studio, at Sundance on Monday. They showed off a movie called Lost, about a giant robot hand looking for its giant robot owner.

The early film theorist André Bazin wrote as the medium was developing in the 1940s and 50s. He believed film was a more developed medium than painting, for example, because of its ability to portray the real world. His preference for realism meant that he wrote on the virtues of long takes and shots with deep depth of field. The latter allows the viewer to look at any object in the frame: the focus is chosen by the audience member, not the filmmaker. The first films were silent, black-and-white and two-dimensional, but Bazin believed that as the necessary technology evolved film could be made better.

Oculus’ films are more than just 3D. The viewer is making directorial decisions—focus, framing, timing—whether they recognize it or not. For the moment, the movies are animated, and they aren’t striving for realism, but it’s not hard to imagine the development of cameras specifically for this kind of project.