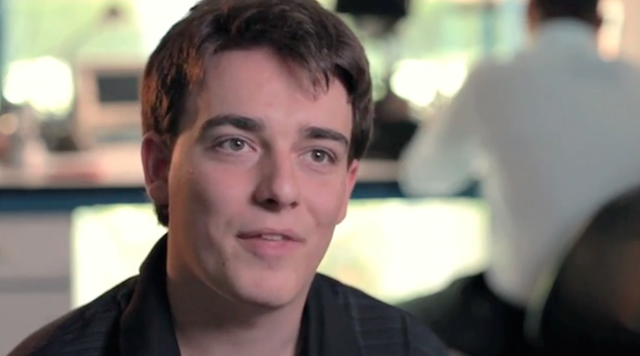 Palmer Luckey, the outspoken, young entrepreneur behind the Oculus Rift, says the reason we won’t see his revolutionary virtual reality headset on the Xbox One and PlayStation 4 is because consoles can’t keep up with the pace of technology.

“Consoles are too limited for what we want to do. We’re trying to make the best virtual reality device in the world and we want to continue to innovate and upgrade every year—continue making progress internally—and whenever we make big jumps we want to push that to the public,” the twenty-one year-old tells Tech Radar.

He does make a point. Because customers are expected to buy a new machine every generation instead of incrementally upgrading them, consoles are stuck on the shelves for years without benefitting from hardware upgrades. “The problem with consoles in general is that once they come out they’re locked to a certain spec for a long, long time,” he says. “Look at the PCs that existed eight years ago. There have been so many huge advances since then. Now look at the VR hardware of today. I think the jump we’re going to see in the next four or five years is going to be massive.”

Luckey goes on to say that consumers have become dissatisfied with gaming consoles. “What people have available to them on the market in terms of game consoles and other platforms, I don’t think it’s exciting to them,” he says. Of course it’s in his invested interest to think that.

To add insult to injury, he says the new line of consoles will be outperformed by cell phones by the time their shelf-life is up. “If you look at the rate of how fast mobile phone technology has been advancing, I would be willing to bet that by the end of this console generation there are going to be mobile processors that far outpower them,” he says.