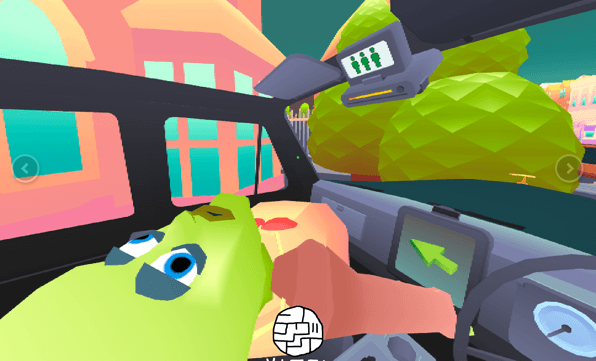 The Oculus Rift game Modern Zombie Taxi Driver has taken top spot at Bit Summit, the indie game festival in Kyoto. Yes, there is such a thing as Japanese independent games. Not much info is out there on this zombie-bussing game so far aside from a hands-on impression by Destructoid, which says that its basically the Sega’s open-world racer Crazy Taxi with zombies in virtual reality. This admittedly sounds great because, I mean, it’s Crazy Taxi with zombies in virtual reality.

Over on its developer’s Vitei site, there’s also this gallery of pictures of zombies riding uncomfortably in cars, which exudes a cheerfully awkward Octodad vibe. A little bit of gaming history: that company was founded by the guy who Nintendo brought over to help them with Mode 7 technology and create their earliest 3D games, like Starfox, so it’s in good hands. Let’s assume that it will be seeing a broader release since it has a professional site, and since it won a best indie game award.