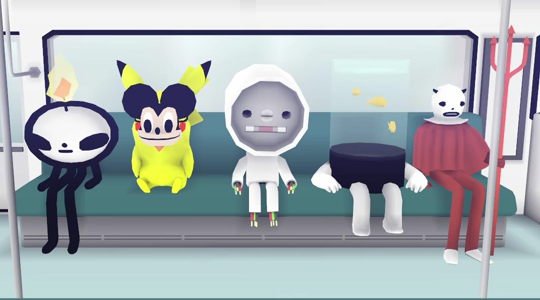 It’s not much of a game, but rather an interesting experiment in virtual space. When you strap on a virtual reality headset, you find yourself looking into a mirror as you shape-shift between the utterly bizarre products of OReilly’s imagination, and there’s a lot of weird eye contact. The project serves as an addendum to his absurdist, award-winning animated short “The External World,” which premiered in the US at Sundance in 2011.

Those lucky few with an Oculus Rift dev kit can download it here. The rest of us will have to make-do with the film, which isn’t too shabby of a conciliation.