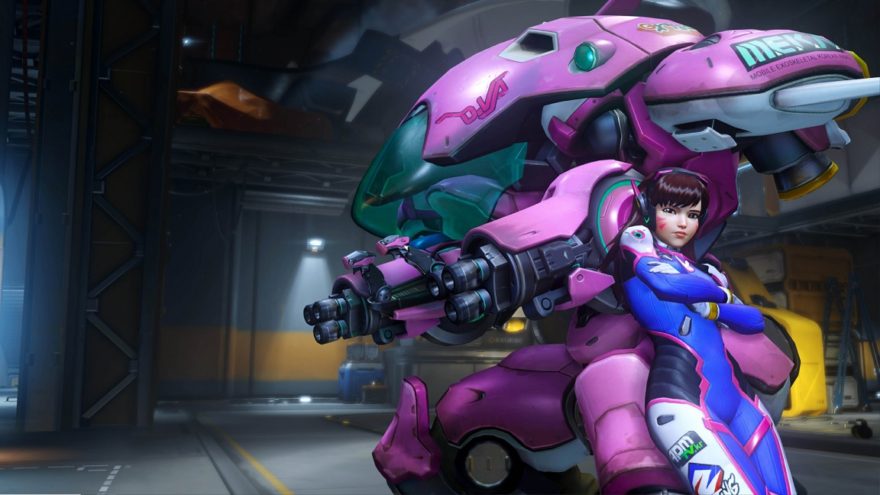 What happens when a teenage girl from Korea is incredibly skilled at Overwatch? Fellow pro players accuse her of cheating, and say they’ll quit if proven wrong (so steadfast in their sexist beliefs). One player even threatened to “visit [the 17-year-old player] Geguri’s house with a knife in hand.” As it turned out, Geguri was never cheating at all. Blizzard even cleared her name. And when that wasn’t enough, Geguri livestreamed herself playing a lengthy session as her character of choice, the tough-as-she-is Zarya. Obviously, Geguri was emotional by the end of the stream, given the lengths she had to go through simply to clear her name, which shouldn’t have been dragged through the mud to begin with.

Unfortunately, in the gaming world, esports and all, women aren’t seen as equals. D.Va is Blizzard’s answer to this harrowing narrative running through the culture. The cute-as-a-button gamer girl that’s not only strong and confident—but wholly respected (and even feared) by her peers and fans. D.Va represents how girls that play games should be seen: strong, bold, confident, fearsome, a little bit sassy, and maybe even better than you.

D.Va relishes in being superior in all aspects of her life

She reminds me of another confident mecha-piloting girl, the audacious Asuka from the anime Neon Genesis Evangelion (1995). Asuka is a crimson-haired teen whose overflowing confidence grows as she combats the villainous angels from her EVA. It’s similar to D.Va’s bustling fighting spirit. Who, after pummeling enemies in a match, will lounge lackadaisically at the top of her MEKA, blowing some perfectly pink bubblegum.

D.Va is the positive “nerf this!” screeching hero that all girls need. She’s the best at what she does—being an ex-StarCraft player and all—and she knows it. She’s never afraid to charge into the front lines of battle within her MEKA, guns a-blazin’. And even if her MEKA gets destroyed, she dives out unscathed. No matter her scenario, D.Va’s always down to fight, but never without a pointed smirk on her face. Yep, D.Va is the necessary annoying tank class. The one hellbent on making the other team get frustrated as they probably shake their fists, while she pays no mind and chirps, “Is this easy mode?” D.Va relishes in being superior in all aspects of her life, whether it’s being a world-famous esports star, dabbling in acting, or treating her MEKA-piloting battles as games in themselves. And sometimes, in games, I relish in being the best too.

When I play as D.Va, I know that I’m going to be playing the match a little more ballsy than I would, say, as Hanzo. Maybe I’ll fly around the enemy team, and annoyingly peck at them with my infinite bullets from behind. Then I’ll build up my Ultimate, waiting for the opportune moment to drop my MEKA-bomb directly on top of the payload where no crouch hiding will shield my enemies from their inevitable fates.

When I’m D.Va, I’m powerful, and not to be messed with. Sure, it took a buff or so to actually make her a more legitimate threat, but whatever. The point is that D.Va’s the best character in Overwatch for being cute as heck, consuming nearly 20 hours of the 80 hours total I’ve spent playing the game, and representing the inner monologue that all badass girls that play games have: we play to win.

Reinhardt – An ode to Reinhardt, tortured scion of a broken land
Roadhog – An ode to Roadhog is an ode to ugliness
Winston – Winston, the Science Gorilla, is in charge
Zarya – Zarya makes Mother Russia her bitch