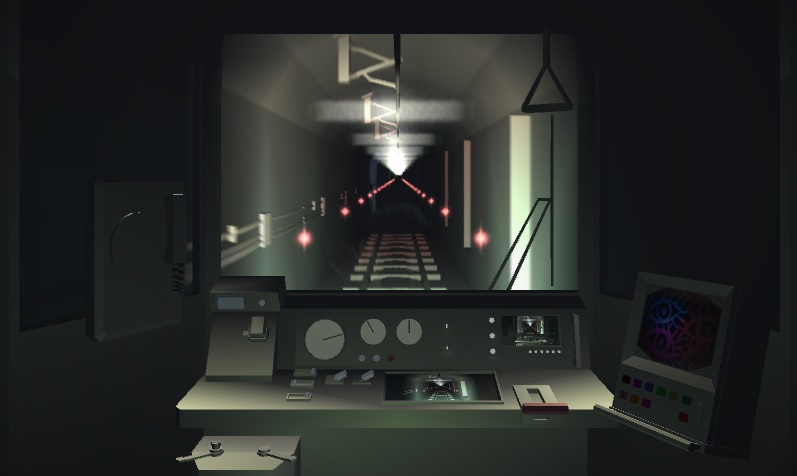 Usually, the worst that can happen to you when daydreaming on the tube is that you miss your stop. I’ve done it: staring at the blur of brick and fraying posters window-side for long enough to enter a trance, missing my planned alight at .

I’m far from the only person who has done this. The sheer number of people that travel the London Underground every day surely means that the law of averages comes into play here. And it certainly doesn’t help that TV magicians sometimes hop on board to play mind tricks on you, either.

a detached curiosity that bleeds into a confident fantasy.

But, all things considered, it’s no big matter. The subterranean trains of frequent trips along those rails so that, within 10 minutes or less, there’s another iron carriage for you to hop on. So it is that our daydreaming goes rather unpunished. We are fugitives of our careless reveries; able to brush off our tardiness with an “Oh, bugger!” Or, at worst, receive a devil’s glance from our expectants when we finally do arrive at our destination.

No more. Pol Clarissou’s “short unending daydreaming experience” off?ine is here to set us straight. It takes the theatre of travel and turns it into a horror experience. Within a few short minutes, you go from being transfixed by the rhythmic clunks of the railway to snapping alert, horrorfied as if being violently shook awake from a nightmare.

It starts without ceremony. You’re placed in the front-facing cab of an underground train. All of the unknown buttons, levers, handles, and dials are spread before you. By appearances alone, it seems as if it were a train-driving simulator, except it comes without the hefty tutorials and instruction manuals. Instead, you have no choice but to engage with the physical interface through the language of the daydream; a detached curiosity that bleeds into a confident fantasy.

After using the mouse to flick the display of a small monitor on, revealing an omen-like ophthalmic image, you’ll soon start to impress yourself with how quickly you’re able to learn the role of a train driver. Buttons switch the cab lights on with a reluctant flicker; a radial handle opens and shuts the nearside window; lifting the stirrup-handle controls the throttle.

Give it some time, though, and as you fiddle with more buttons you’ll notice stranger effects. Was that a dark spirit’s hand that smeared across the windscreen? The answer is yes. Depending on the combination of functions you’ve activated, you’ll be visited by a number of ghosts, such as undead hands stretching up from the tracks, and ballet dancers twirling in front of the train.

If curiosity overcomes fear, you can increase the throttle on the train to make the spirit activity stronger. This comes with a risk that I won’t spoil, but I will say that once triggered, your journey will come to an abrupt halt soon after. It’s then up to you whether or not you wish to continue down this entranced railway once the status quo is returned.

You can play off?ine in your browser on itch.io.