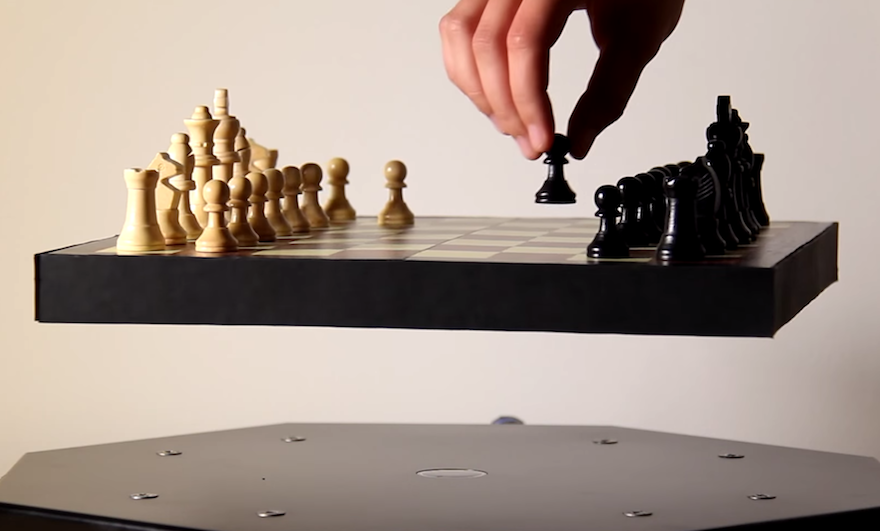 It may be a bit impractical, but it’s hard to deny the coolness factor of playing chess on a board that’s levitating in midair. This is not an optical illusion, but some very impressive tech from the levitation design firm Crealev. Seriously, their motto is: We Make Things Float.

They’re tight-lipped on how their technology works but it seems to involve bursts of wind originating from an octagonal electronic board. The objects they stably suspend in air go beyond boardgames and are quite broad and impressive, including much heavier objects such as bricks and rocks. After watching the video below, I’m wondering what else this thing could suspend.