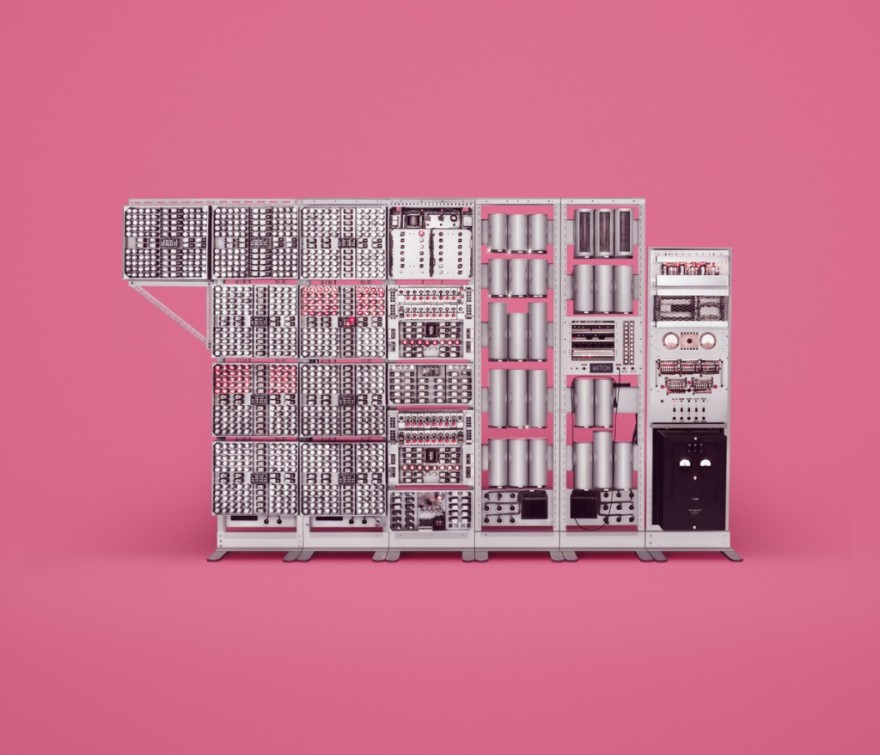 The idea of innovation is often much cooler than innovation itself. Jetpacks, for instance, still capture the imagination in ways that a Boeing 737 does not. The former still looks like the future, even if that is a qualification it only holds because such a future has always failed to materialize. The latter—a future that has become our present—is the minivan of the skies: decidedly unsexy but nonetheless important. The jetpack in this context is an unrequited high school crush, the sort of idea best left in the past that still has an emotional hold on you.

Ideas fester, and they sometimes fester long enough that we find new uses for them. Photographer Docubyte’s series on early computers, produced for Britain’s National Museum of Computing at Bletchley Park and subsequently remastered by the production studio Ink, is an example of this. It recontextualizes these devices as abstract representations of innovation as opposed to tangibly useful objects.

This is both somewhat unfair and wholly justified. The Meda 42A, for example, is no longer really useful, but one dares not say such things. It’s like fighting over the bill at dinner with an elderly relative. The photography series therefore has to work out a careful balance by nodding to these devices’ noble histories while also acknowledging that they are, well, history.

They are big and sexy and impractical

Ink and Docubyte able strike this balance. As seen through their lens against a colorized backdrop, the Meda 42A, with its wires and buttons everywhere, does not so much look like a relic as it does a piece of kit from a CHVRCHES show. It is of the past, but not dustily so.

In this artistic interpretation, then, old computers return to being representations of the idea of innovation instead of innovation themselves. They are cool once again, even if you couldn’t do much with them. They point, once more, to a promising future. They are big and sexy and impractical and everything that the desktop in most cubicles cannot offer, other than computing power.

See more photos from the series over at Creative Review.