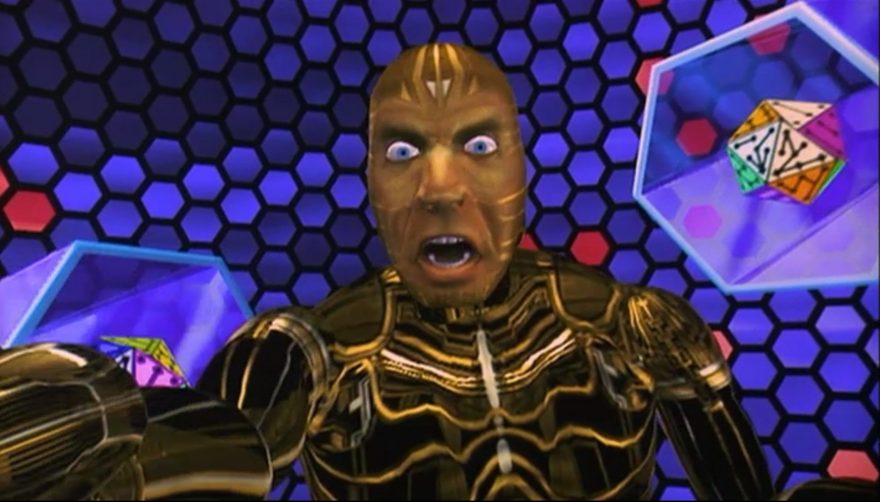 Who asked for this? We’ll probably never know. But anyways: the “cult classic” science fiction film The Lawnmower Man is coming to virtual reality. Beyond the VR world already in the film, to actual VR.

The 1992 film is being resurrected by the VR distribution company Jaunt, according to an announcement made at the Sundance Film Festival. “The original movie was a film of unsurpassed imagination and creativity with its ground-breaking use of VR back in 1992,” said Jim Howell, a rights holder for the project, in a press release. So far no director, cast, or other information has been announced, other than its impending episodic remake. But there’s one thing we can count on: there’s probably no way that Stephen King is involved.

The Lawnmower Man was a controversial film upon its release. The film’s title spawned from a short story by King, but other than a fleeting scene and sharing a name, the film was otherwise completely unrelated to the story written by the famous horror novelist. Unnerved by the inaccuracy, King sued the filmmakers to have his name removed from the credits, and won.

In addition to The Lawnmower Man remake, Jaunt is bringing a number of other series to VR. Of the four others include Luna (action-thriller), The Enlightened Ones (political sci-fi), Bad Trip (stoner comedy), and Miss Gloria (sci-fi action-adventure). Yet of all five new episodic series, Lawnmower Man bares the least details.

If any cult classic sci-fi film were to see a bombastic remake in VR, perhaps it’s best that it’s The Lawnmower Man. It’s a film already so tethered to the concept of VR, as its centric tale follows a man driven mad by VR experiments. At its release, the film’s special effects were highly praised – something that might carry over to VR. And after all, the original film was hardly well received, so what’s the worst that could happen?

You can read more about The Lawnmower Man VR-bound remake on Jaunt’s press release.