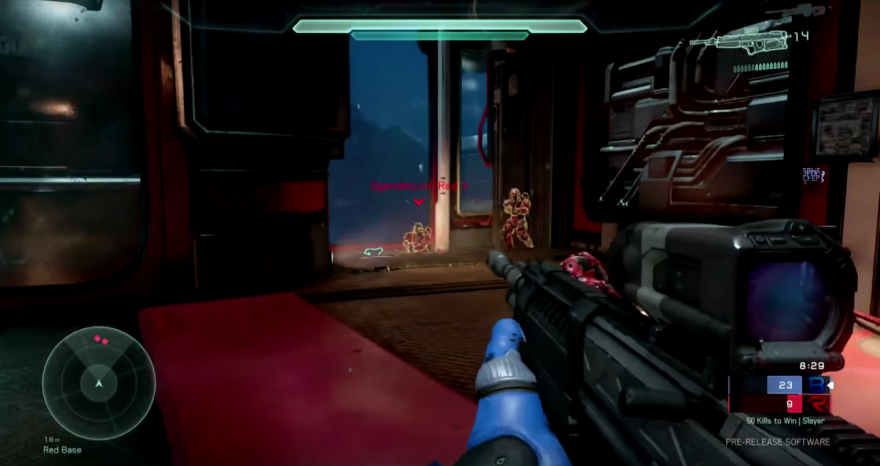 I cannot play Call of Duty. This is not a response to its hoo-rah sense of machismo or some advocacy for smaller or more interesting games; it is because I cannot even play the game. Each year I give it the ol’ college try and—dead. I slam the square button in frustration, and—dead. A nuclear bomb drops on me. The match is over, and I have a kill-death ratio of something like negative 16. These are games made for a teenager’s furious reflexes and amount of free time, and, given the way time works, every year I get further from them and less rich with free time. The supply of angry teenagers never abates.

a slowness that pervades everything.

I yearn, every autumn, for the halcyon deathmatches of yore, most notably those of the Bungie Halo games, in which a beefy life-span lead to serious engagements with opponents: you’d spot some lumbering cyborg, track it around a corner, grab its attention with a grenade toss, deplete each other’s shields with the resulting head-on charge, and then enter a furious punch-off during which the cyborg would take a single hit to the face before leaping away and back-tracking down an alley right into your teammate’s waiting shotgun. There was an intimacy to these experiences that was lost entirely with 2012’s Halo 4, which ditched such engagements for the twitchy, iron-sights focus of Call of Duty. Were we cyborgs, or fleshy foot soldiers? Even Bungie tuned Destiny’s multiplayer toward instantaneous death. 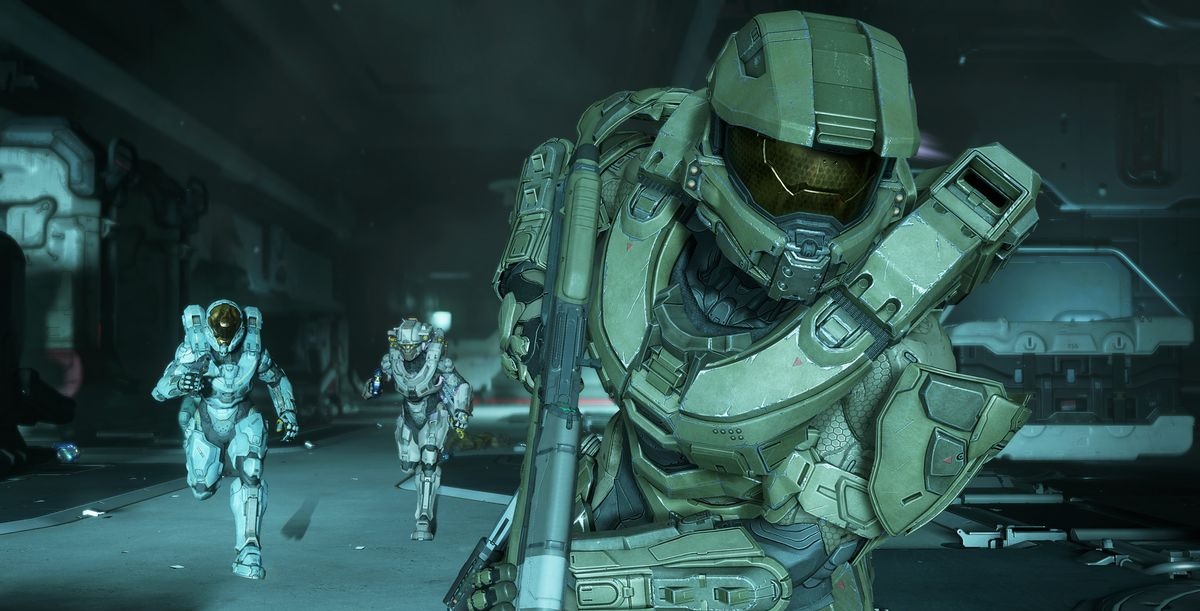 I am pleased to report that, after a day spent playing Halo 5’s multiplayer, it is anachronistic as all hell: the recharging shield and health bar are noticeably smaller than they were a decade ago but still provide enough leeway to bob and weave and tango with opponents. There’s a slowness that pervades everything. That balls-out sprint so familiar to contemporary shooters now takes a moment to ramp up. Iron sighting opponents—that is, the ability to look down-scope before firing—is possible, but it’s also a tactical decision. Your guns fire just as capably by just pulling the right trigger; you’re actually penalized for holding the left trigger for too long by an increasingly slow range of movement. A dash button has been implemented, which would seem to work against my point here, but in practice it’s much more evasive than anything else. That rat bastard who just killed your comrade might dash just out of range of your sticky grenade, recharge her shields, and come back at you.

The net result is the most measured first-person shooter I’ve played in years, something that, accompanied by doggedly geometric map design and some frankly ghastly textures, feels straight out of 2006. It’s ballsy in its conservatism. I have no idea if it’ll resonate with today’s audiences, but I also don’t really care. Halo 3 forever.