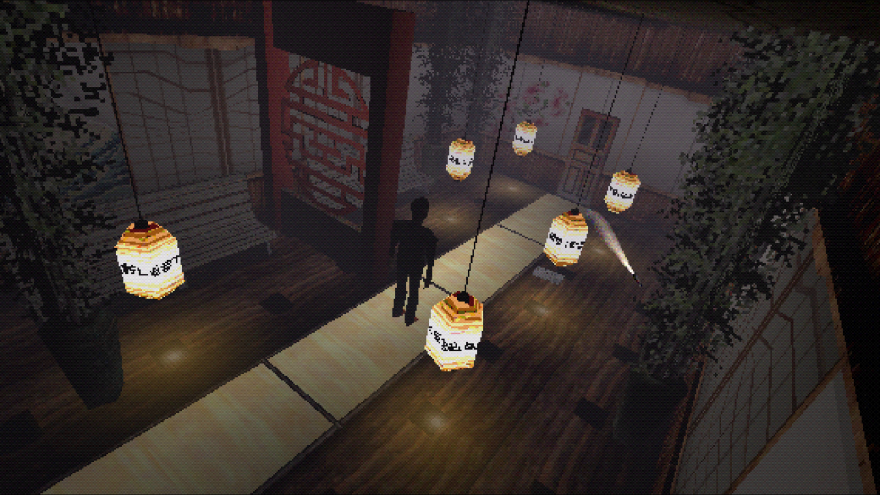 There’s something about low poly graphics paired with low-def dithered textures that fits so well with survival horror. It’s undeniably nostalgic, but even beyond my yearning for the days of early PlayStation-era tank-controlled adventures, I still love the way the visual obscurity of “bad graphics” lends more to the imagination. It’s horror in abstraction, and that’s why it’s hard for me to accuse modern creators of being cheaply nostalgic when they go that route. Also, yeah, I’m just a sucker for PSX graphics. Enter—Banned Memories: Yamanashi.

Banned Memories is set in a Japanese academy, shut down in 1993 after a series of horrible crimes took place there, and possibly still haunted by the ghosts of the perpetrators. You play Hideo Ueda, who has returned to the abandoned Yamanashi Academy to “solve its mystery.”

for fans of the old and clunky side of horror games

What’s available to download of Banned Memories: Yamanashi is still just a demo, so the story is vague, many parts of the academy that should be accessible are blocked off, and it cuts you off rather unexpectedly.

Despite its abrupt ending, Banned Memories does show some promise for fans of the old and clunky side of horror games. There’s a mix of dynamic and static camera angles, tank controls, an inventory system that is very early Silent Hill, the familiar door-opening load screens of Resident Evil, and limited access to weapons. Its original soundtrack, full of spooky ambient and lots of droning background noise, isn’t bad either.

Download the demo of Banned Memories: Yamanashi for PC on Game Jolt.